The came, they saw, they laughed, they made us laugh…they had the time of their lives. After 11 years, the cast of Modern Family is saying goodbye.

Sofia Vergara, Jesse Tyler Ferguson and other stars of the ABC sitcom took to Instagram on Friday to share photos and videos of themselves on the set on their last day of filming.

Vergara posted a clip of the cast and crew standing and waving outside a soundstage on a studio lot.

“I will never forget this set, this people ,there where only good times,” Vergara wrote. “Thank you Moden Family❤️❤️ Thank you Gloria Pritchett.”
The actress also shared photos of her embracing son Manolo Gonzalez Vergara and husband Joe Manganiello on the set.

“Gracias to my real family for being with me today!! ❤️❤️ #modernfamilyfinale I luv u” she wrote.

She also posted on her Instagram Story photos of the two standing separately with O’Neill.

“My two husbands,” Vergara captioned a pic of Manganiello and the actor.

Ferguson brought along his husband Justin Mikita and both posted pics and videos.

“We definitely had the time of our lives,” Mikita wrote. “Love this family so much. Goodbye sweet @abcmodernfam.” 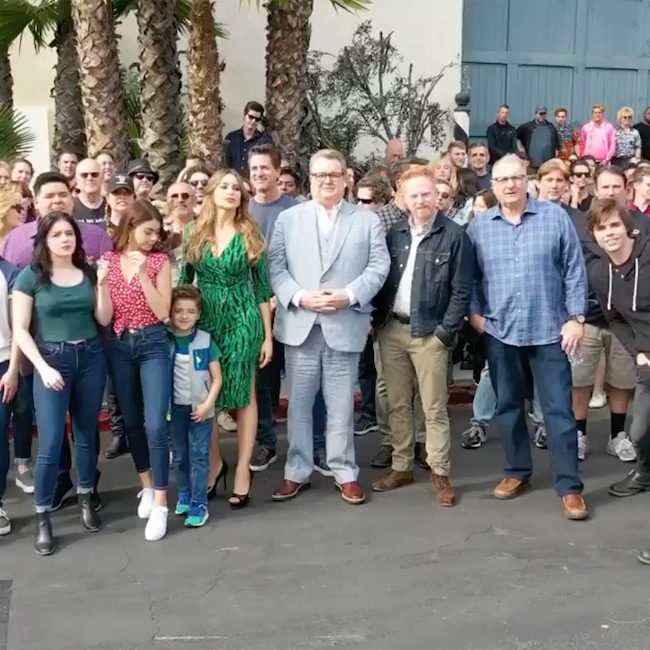 The Modern Family cast gathers outside a soundstage on their last day on set. 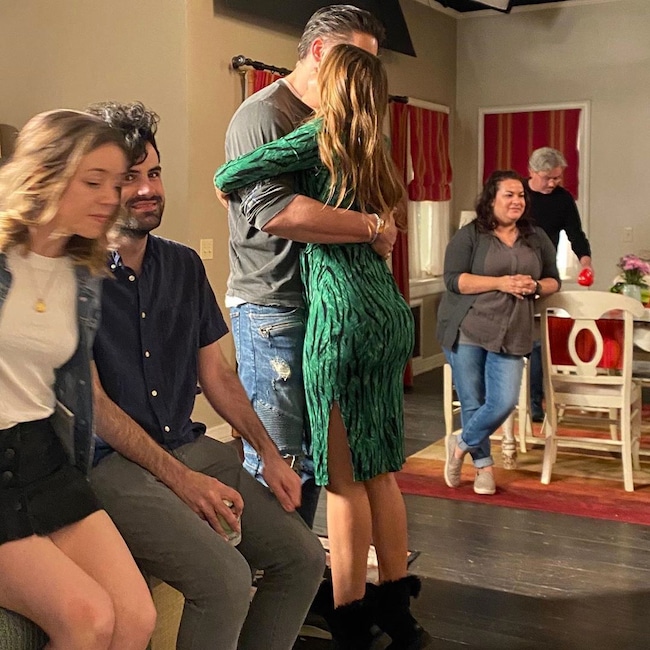 The actress embraces her husband 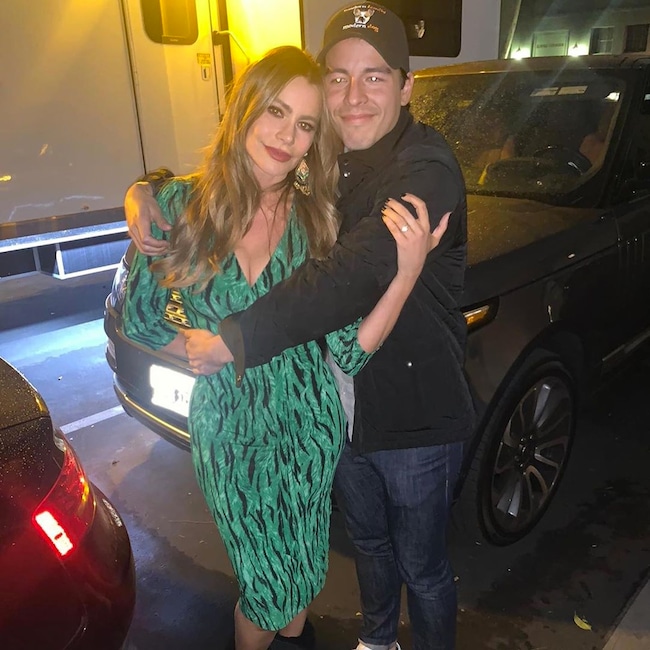 The actress embraces her son. 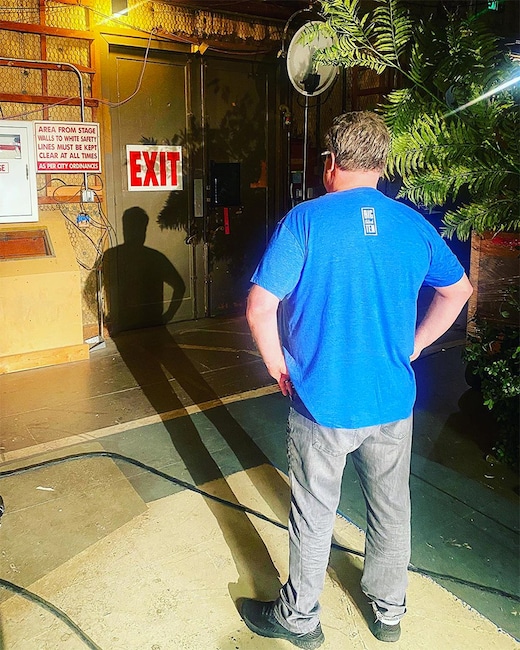 TIME OF YOUR LIFE 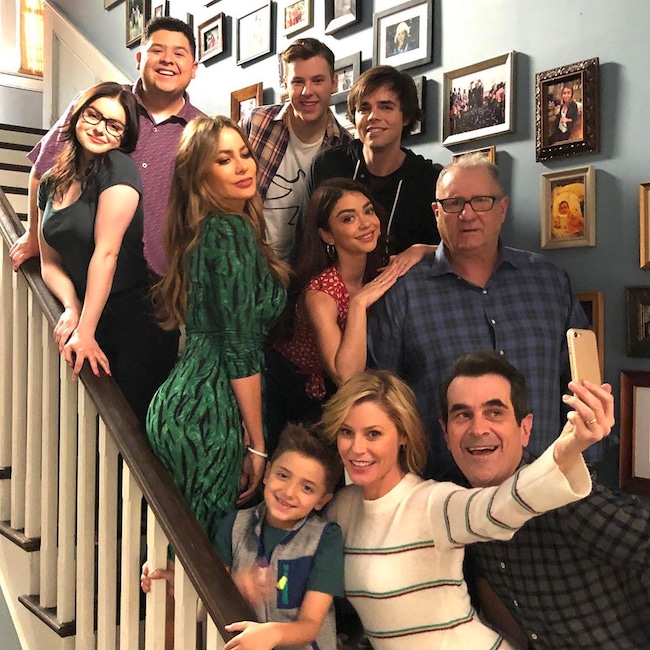 The cast poses on a staircase. 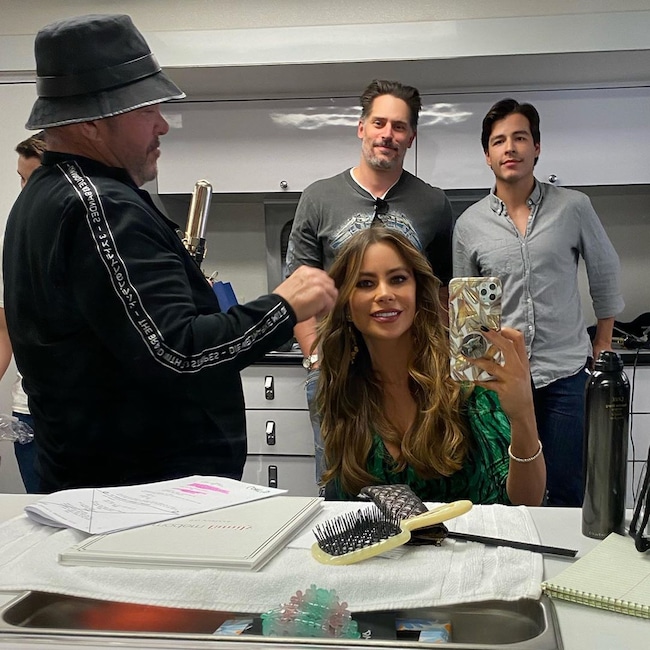 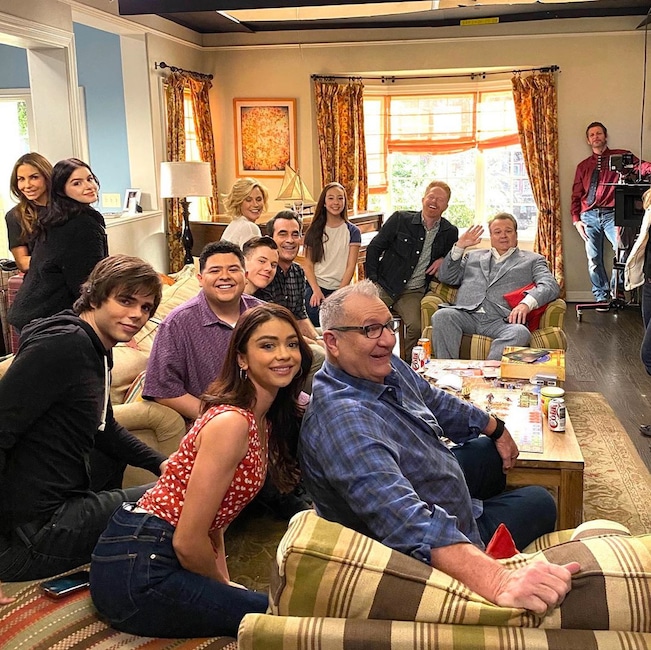 The cast poses for a pic. 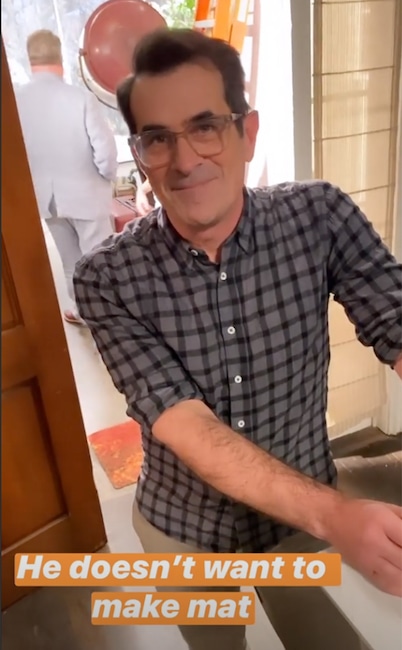 Sarah Hyland posted this video of her onscreen dad on her Instagram Story. 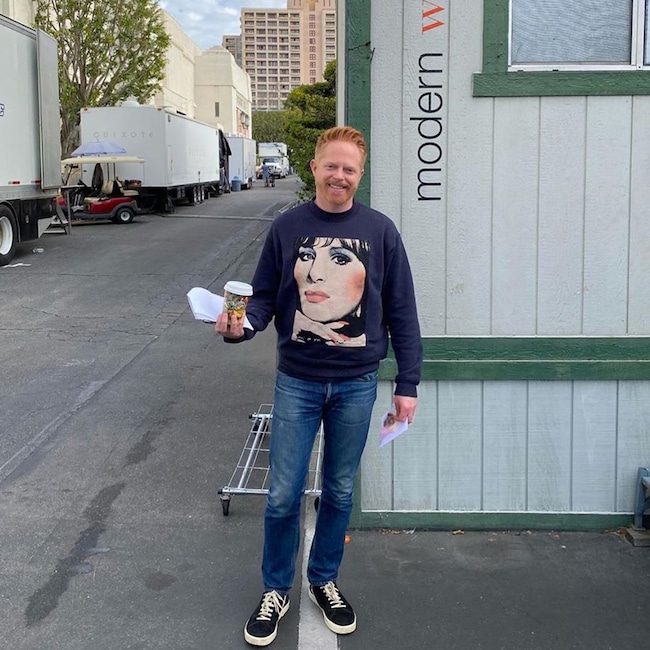 The actor poses for a pic. 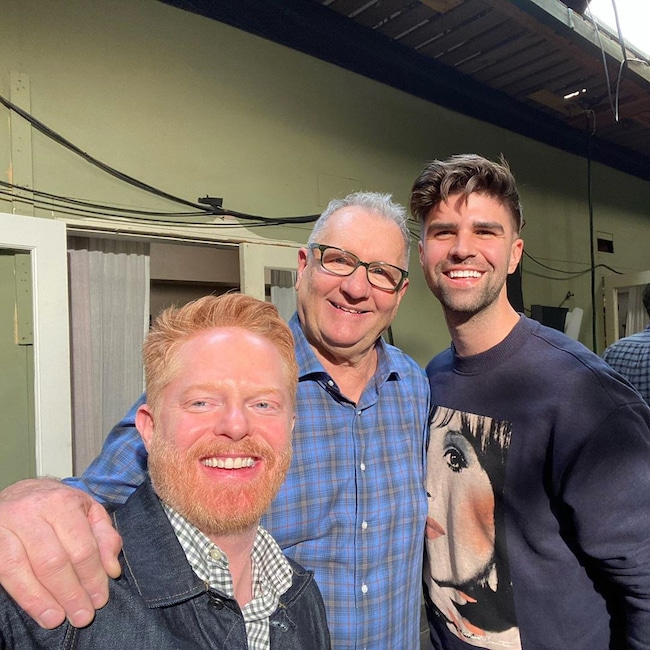 Ferguson’s husband shared this photo of his beau with his onscreen dad. 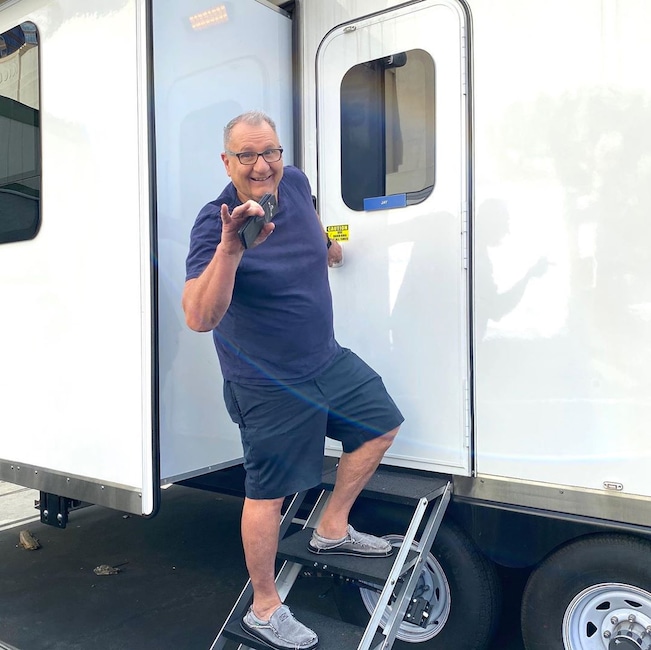 The actor heads into a trailer. 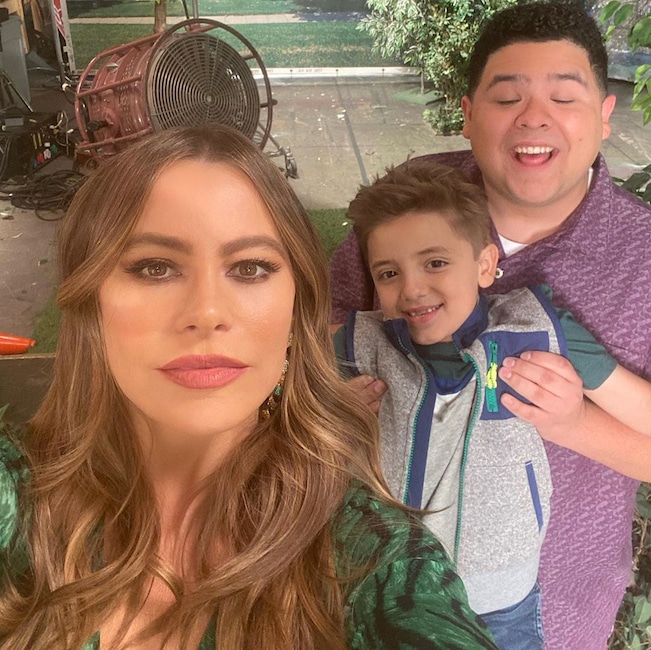 Vergara shared this pic of her with her co-stars. 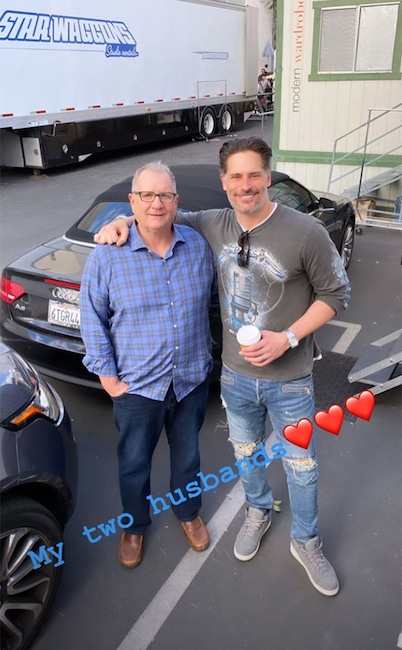 Sofia Vergara shared this pic of her “two husbands.” 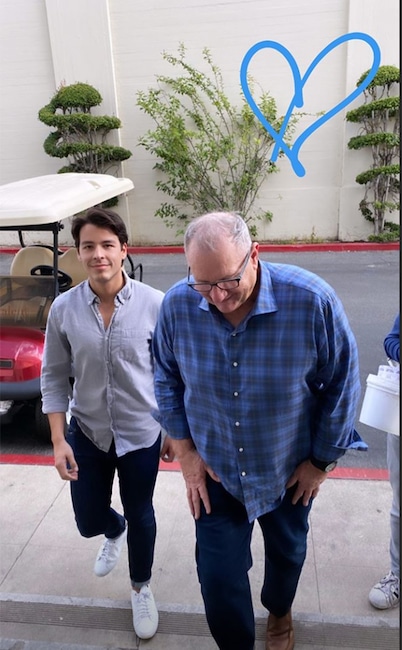 Sofia Vergara posted on her Instagram Story this photo of her onscreen husband and real-life son.

Stonestreet posted on his Instagram page a photo of himself looking at the soundstage door.

“I guess I’ll see myself out now stage 5,” he wrote. “11 years walking in and out of this door went by in a flash. #modernfamily.”

The Modern Family series finale will air on ABC in April.