Model Bella Hadid looked amazing walking through New York City on Friday as she carried an orange army fatigue bag after stepping out for breakfast.

The Vogue cover star protected her eyes with black sunnies, and wore a disposable black mask over her nose and mouth.

Bella, who’s aunt to Gigi and Zayn’s daughter Khai, slicked her brunette hair back into a clip.

She wore a gold necklace, rings, and bracelets, while carrying her phone in one hand and a set of keys in the other.

Earlier this week the famed beauty noted on Instagram that she was taking a few weeks off work for summer.

Before linking with rumored new boyfriend, Marc Kalman, the socialite had a long-documented relationship with The Weeknd.

The Save Your Tears singer was recently seen on a date with Angelina Jolie.

The 46-year-old actress and ‘Blinding Lights’ hitmaker were both seen at Italian restaurant Giorgio Baldi in Santa Monica, California.

According to the US Sun newspaper, the pair ‘spent hours’ there, before ‘leaving separately to avoid raising suspicion.’

The Maleficent star was wearing a black dress, tan trench coat and nude shoes, while she stuck to COVID-19 safety measures by donning a black mask.

And the 31-year-old singer — who previously dated Selena Gomez as well — paired a black t-shirt with matching jeans and denim jacket, and black combat boots.

Angelina, who has Maddox, 19, Pax, 17, Zahara, 16, Shiloh, 14, and twins Knox and Vivienne, 12, with ex-husband Brad Pitt, recently joked she’s been single ‘for a long time’ because she’s so picky about her partners.

Asked if she has a list of ‘nos’ when it comes to finding a new guy to date, she quipped, ‘I probably have a very long list [of ‘nos’]. I’ve been alone for a long time now.’

Last month, it appeared she’d gotten back in touch with her ex-husband Jonny Lee Miller, whom she was married to between 1996 and 1999.

An insider said, ‘On her first evening with Jonny, Angelina only took Knox along, and they got on like a house on fire. Knox is a sweet kid, and I imagine she decided he was the easiest one to begin introductions with.’

The source also claimed she returned to Jonny’s apartment with Pax the following day so that he could get to know the Elementary actor better.

They added, ‘They only hung out for a short while at Jonny’s apartment, but they seemed to get along well.’

Angelina was said to have been keen to introduce Pax to the Trainspotting actor because the teenager is thinking about attending college in New York, where Jonny lives. 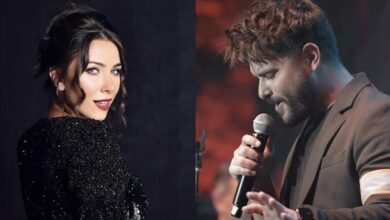