South Korea’s spy agency had earlier told lawmakers that Jo left his official residence in Rome with his wife in November 2018 and was under protection at an unspecified location outside the European country.

Lawmaker Ha Tae-keung, a member of the intelligence committee in the National Assembly, wrote on Facebook that Jo arrived in South Korea in July 2019 and is under the protection of the South Korean government.

Ha said he was confirming Jo’s arrival on behalf of the committee to prevent a media frenzy, after a South Korean TV station reported about his defection on Tuesday evening. Ha said the committee decided not to provide further details about Jo for his safety. 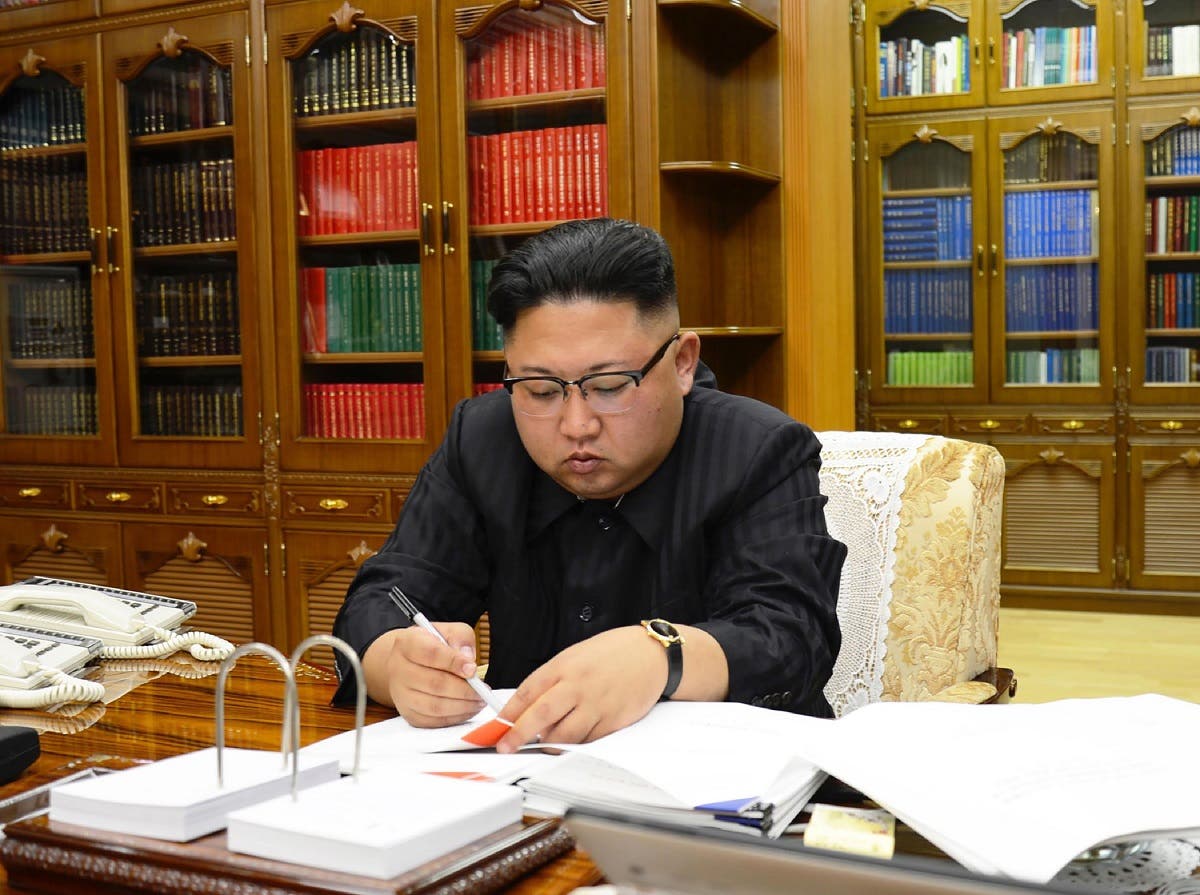 North Korean leader Kim Jong-Un signing the order to carry out the test-fire of the intercontinental ballistic missile Hwasong-14 at an undisclosed location. (AFP)

Jeon Hae-cheol, the committee’s chairman, told reporters later Wednesday that Jo came to South Korea voluntarily after expressing wishes to resettle here several times. Jeon said Jo didn’t want his arrival to be publicized because of worries about relatives in North Korea, according to Jeon’s office.

Neither lawmaker said how they obtained the information. It’s likely that they were briefed about Jo by the National Intelligence Service, the country’s main spy agency, as committee members routinely meet NIS officers for discussions on North Korea.

The NIS said it was checking reports about Jo’s arrival. South Korea’s foreign and unification ministries said they couldn’t confirm the reports.

Before Jo, Thae Yong Ho, a former minister at the North Korean Embassy in London, was the most senior North Korean diplomat to defect to South Korea.

He came to Seoul in 2016 and was elected to the National Assemby this year. Thae said he decided to defect because he didn’t want his children to live “miserable” lives in North Korea and he was disappointed with Kim Jong Un.

Thae issued a statement urging media outlets to refrain from exposing too much about Jo, citing worries about a possible reprisal against his daughter in North Korea.

About 33,000 North Koreans have fled to South Korea since the late 1990s to avoid political suppression and poverty in the North.

‘Britain will prosper’: PM Johnson to lay out tough terms for EU talks