Minnesota Governor Tim Walz called on Friday for an end to the violent protests that have rocked Minneapolis following the death of an unarmed black man in police custody and said he expected “swift” justice for the officers involved.

Walz also promised a reckoning with the racial inequities behind the unrest, but said that first the state’s National Guard would work to restore order following three nights of arson, looting and vandalism in the Midwestern city.

The protests were sparked by outrage over the death of George Floyd, a black man who was filmed crying out for help as a white police officer pinned him to the ground with a knee to his neck. Floyd, 46, died on Monday.

“We have to restore order to our society before we can start addressing the issue,” Walz told a briefing, referring to decades of racial divide across the United States. “We cannot have the looting and recklessness that went on.” 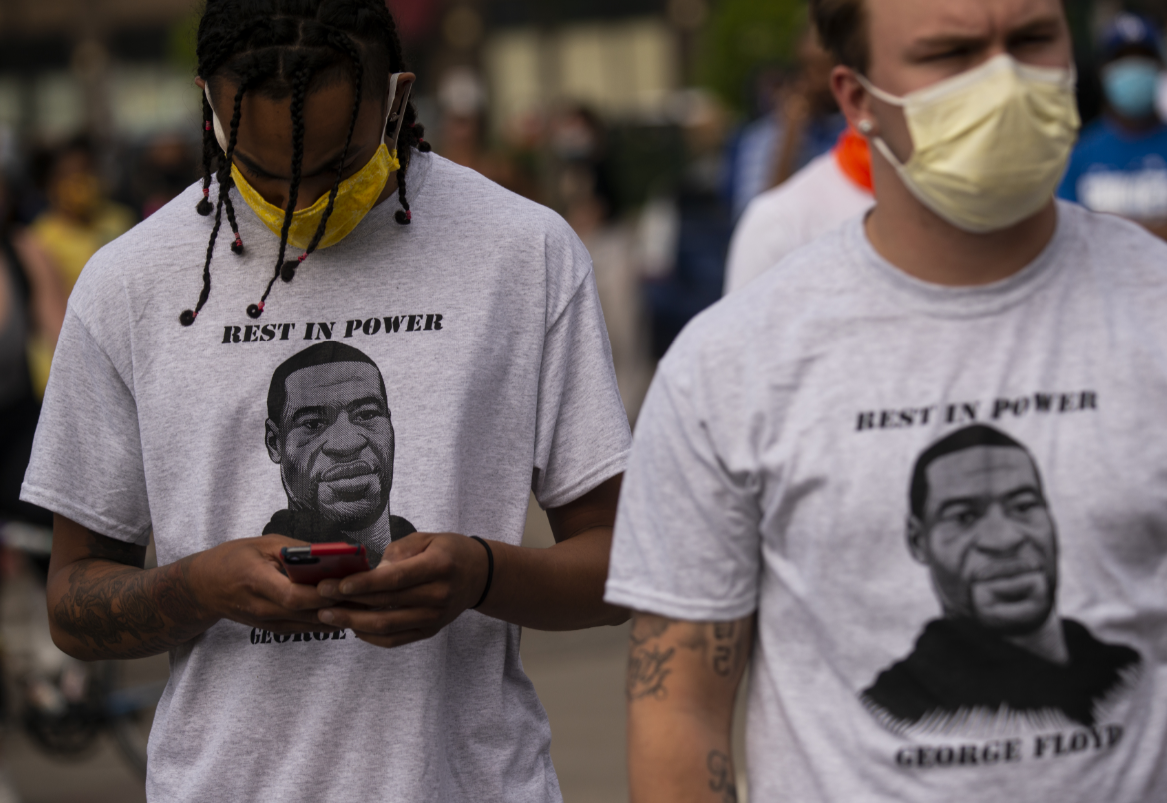 Walz also apologized for the arrest of a CNN TV crew who were led off in handcuffs while reporting live on television early on Friday close to a police precinct that was burned overnight, saying there was “no reason” it should have occurred.

Officers gave no explanation as they escorted CNN reporter Omar Jimenez, a producer and camera operator away. The crew had just shown a protester being taken into custody when about half a dozen police officers in gas masks surrounded Jimenez. They were released about an hour after being arrested.

The striking footage of the arrest of Jimenez could add to racial tensions in the city and across the country over the death of Floyd. Jimenez is black, while most of the police officers who arrested him appeared to be white.

US President Donald Trump weighed in on the unrest on Friday with incendiary language that prompted Twitter to hide his tweet behind a warning that accused him of “glorifying violence” in violation of its rules.

“These THUGS are dishonoring the memory of George Floyd, and I won’t let that happen,” Trump said in the tweet. “Any difficulty and we will assume control but, when the looting starts, the shooting starts. Thank you!”

A bystander’s cell phone footage showed Floyd repeatedly moaning and gasping while he pleaded to the officer kneeling on his neck, “Please, I can’t breathe.” After several minutes, Floyd gradually grows quiet and ceases to move.

Walz said he understood what was driving the protests, saying he believed the community had “lost faith” in the police force and “felt they were part of the problem.” But he said Floyd’s plight had gotten “lost in 48 hours of anarchy.”

More protests were expected in several US cities on Friday over the killing of Floyd and other unarmed black people, including Breonna Taylor, who was fatally shot by police in her home in Louisville, Kentucky, in March. At least seven people were shot, one critically, in a Louisville protest on Thursday night.

In New York, organizers are planning a demonstration in Lower Manhattan on Friday to demand that police be held accountable for the deaths. They are also calling for charges to be brought against a white woman who was recorded calling the police on a black man in a park who asked her to keep her dog on a leash.

EU is ‘disappointed’ and ‘concerned’ after Lebanon prime minister-designate resigns