Gaining weight as you get older is often seen as inevitable to some degree, even if you continue to eat and exercise the same way you always have. Previous research has tied these midlife weight changes to higher risk of cardiovascular disease, but as it turns out, your heart isn’t the only organ that could be in trouble—your lungs could be affected, too.

A new study published in the journal Thorax links midlife weight gain with a decline in lung capacity—which, in turn, could negatively impact your running performance—and concludes that losing weight as you age could slow this process down.

Researchers looked at data gathered by the European Community Respiratory Health Survey (ECRHS)—a study that’s been tracking the health of more than 10,000 adults in most European countries as well as Australia since the 1990s.

For the recent Thorax study, researchers selected data from 3,673 ECRHS participants in 12 countries, examining their weight, height, and lung function at three different times over a period of 20 years. They also factored in lifestyle habits like whether they exercised or smoked, or whether they had any serious health conditions like asthma, cancer, or diabetes.

At the start of the 20-year research timeframe, the average age of the group of people studied was 34—they were 54 years old by the end—and 57 percent were normal weight, 24 percent were overweight, and six percent were obese. The remaining 12 percent were underweight.

During the two decades, weight stayed consistent in about a third of the people, while half put on moderate weight, nine percent put on considerable weight, and four percent lost weight.

When researchers compared lung capacity changes to weight changes, they found an association between reduced lung capacity as weight increased. Those who had been normal weight at the start and became overweight or obese as they came into midlife had the fastest rate of decline in lung capacity.

There are two potential reasons for the association between midlife weight gain and accelerated lung function decline, according to lead study author Judith Garcia Aymerich, Ph.D., a respiratory epidemiologist at the Barcelona Institute for Global Health (ISGlobal).

She told Runner’s World that excess weight, especially in the abdominal and chest area, could limit the room for lung expansion as you inhale. Second, weight gain could impair lung function since adipose tissue—where fat accumulates—is a source of inflammatory substances that can damage lung tissue and reduce the diameter of the airways that carry oxygen in and out of the lungs.

However, losing weight could help flip the switch on declining lung capacity. In fact, even if you’ve been overweight throughout your life, losing it in midlife can bring benefits.

“Our study suggests that the negative effects of obesity on lung function can be reversed by weight loss,” lead study author Gabriela Prado, Ph.D.(c), also of ISGlobal, toldRunner’s World. “We observed that in participants with obesity in young adulthood, weight loss during the study period was associated with attenuated decline of lung capacity.”

All forms of exercise can help you shed pounds, but previous research suggests high-intensity interval training (HIIT) helps burn the most fat. Adding resistance training into the mix will help you kick things up a notch. Plus, eating a diet full of healthy carbs, protein, healthy fats, fruits, and vegetables is important as well.

“In general, weight loss can reverse the mechanical and inflammatory effects of obesity on the respiratory system, allowing for the recovery of lung function,” Prado said. 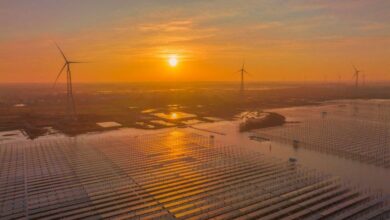 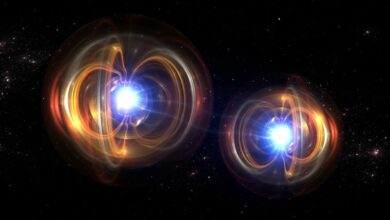 What is burnout? How to recognize the signs and recover from work-related stress