Middle East Film and Comic Con (MEFCC) is back in March 2022 at the United Arab Emirates capital city Abu Dhabi.

Beginning in early March, this year’s event features everything from celebrity meet and greets, to gaming tournaments with cash prizes to workshops led by premiere artists working in the entertainment industry.

The Stars at Middle East Film and Comic Con

One of the biggest attractions this year and every year at Middle East Film and Comic Con is the celebrity meet and greet.

This year’s event is by no means one to pass over, as the stars this year include actors and voice actors from some of the biggest movies, shows and video games out there.

For example, Marvel’s Daredevil leading actor Charlie Cox will be there along with Mario voice actor Charles Martinet and Game of Thrones actress Nathalie Emmanuel.

For the competitive gamers out there, MEFCC has set up a stage where their skills can shine and thousands of dollars can be earned.

Be sure to watch in person at MEFCC or tune in online through the tournament live streams as esports competitors fight for fame in fortune out of the UAE.

Another major attraction at MEFCC is the line-up of free workshops led by artists who have worked on a few of the biggest titles out there.

Do you want to build a snowman or in this case draw one? Learn how with veteran Disney artist James Mulligan.

What about learning how to draw animated characters in the style of My Neighbor Totoro or Dragon Ball? Former Studio Ghibli production head Hirokatsu Kihara and former Dragon Ball artist Andy Lee will be there providing tips and tutorials.

Whether you’re interested in the art, games, cosplay or celebrity actors, Middle East Film and Comic Con in Abu Dhabi has a little bit of everything this year to draw you in. 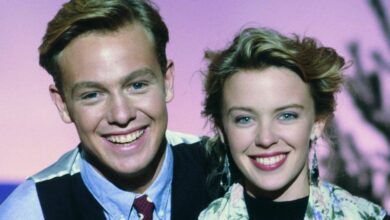