Mia Khalifa called out what Israel has been doing for the past four days of displacing Palestinian families and stealing their homes, attacking worshippers and unarmed citizens in the streets of Al-Quds. 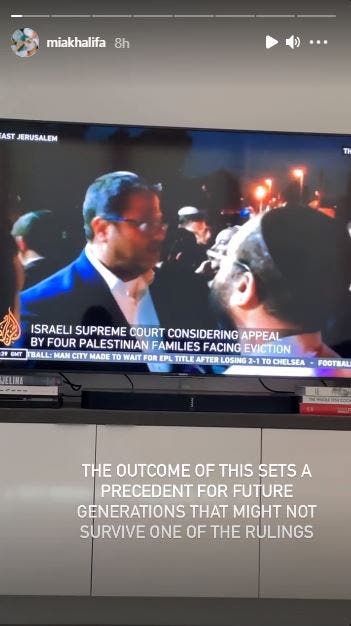 Khalifa commented on that report, and wrote: “The outcome of this sets a precedent for future generations that might not survive one of the rulings.”

In the next Stories, Mia promoted for a protest that will take place in Los Angeles on May 15: ‘La Rally & Protest Nakba 73: Resistance Until Liberation.’ 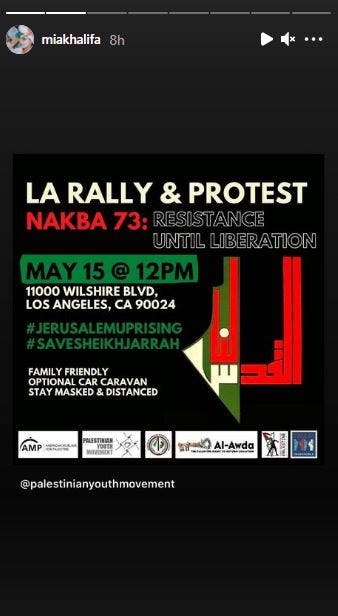 In another Story, Mia Khalifa has shared some footage from Chicago Rally, where protesters held signs that read “Jerusalem Red Line” and “Chicago Stands With Al-Quds.” 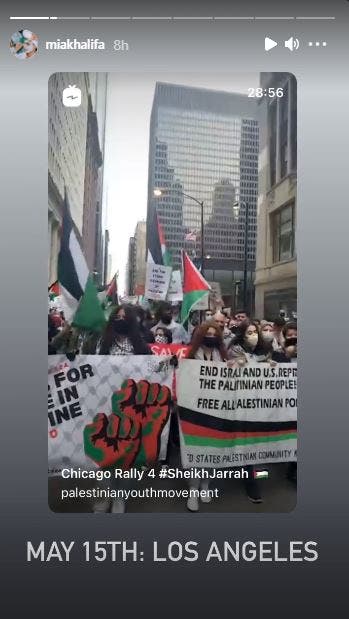 The Lebanese commentator also took part in revealing what international news agencies have been neglecting to cover, the truth.

She shared an Instagram photo album that explains what is happening in Sheikh Jarrah neighborhood. 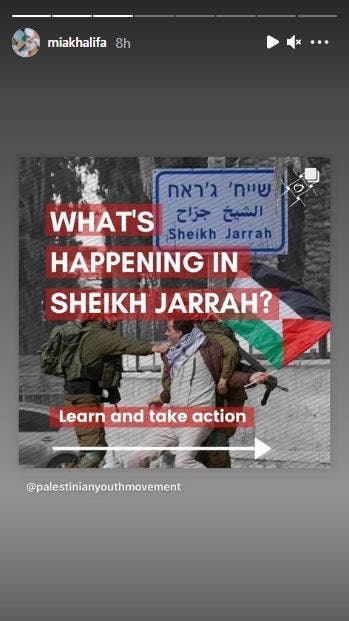 Drake Builds Up the Anticipation for His Upcoming Studio Album

Yummy! Did You Know That You Can Now Taste Can Yaman.. Here Is How