Mexico is on the brink of legalizing cannabis after lawmakers voted to permit recreational use in a step towards curbing the power of the country’s drug cartels and the narcotics-related violence that claims thousands of lives a year.

The legislation backed by Mexican president Andres Manuel Lopez Obrador looks almost certain to be approved after a 316-129 vote in Mexico’s lower house.

The move to allow people to carry up to one ounce (28 grams) of cannabis and grow up to eight plants at home for personal consumption would create what has been described as ‘the largest legal market in the world’ in a country of 126million people.

It would make Mexico one of only a few countries, alongside Uruguay and Canada, to legalise cannabis for recreational use.

Lawmakers who supported the bill said it would ‘contribute to achieving peace’ following the deaths of more than 300,000 people in a bloody war with the cartels.

Supporters hope that creating a legal, regulated market will deprive the cartels of their market and empty prisons of small-time weed users.

‘Today we are making history,’ said Simey Olvera, a lawmaker from Lopez Obrador’s ruling Morena party who was wearing a mask with marijuana leaves printed on it.

‘With this, the false belief that cannabis forms part of Mexico’s serious health problems is left behind.’

But opposition parties have voiced fears that legalizing the drug would increase the ‘rate of consumption and addiction’ in the country.

And some pro-legalization activists say that the bill has been watered down, for example by scrapping plans for a dedicated new agency to supervise the market.

Activists are also concerned that fines and the threat of prison will remain in place for possession of more than one ounce.

‘The production and sale will be legal, but possession will still be subject to the threat of police action, fines and possible arrests,’ said Sanchez.

‘It does not solve one of the main problems in Mexico: the misuse of security and justice resources,’ she added.

Sanchez said Mexico has a large production capacity because ‘marijuana grows in natural conditions’ without the energy costs required in Canada and elsewhere.

But experts fear that foreign corporations will be the primary beneficiaries rather than consumers or the farmers who form the lowest rung of the drug chain.

And there is also the concern that legalization risks a backlash from drug cartels who control the lucrative illegal trade.

But Lopez Obrador sees the legalization of some drugs as a way to improve security and weaken the cartels in a country plagued by drug-related violence.

The bill would allow five types of licenses for the cultivation, transformation, sale, research and export or import of marijuana.

Each adult with a permit would be allowed to have six plants with a maximum of eight per household.

People caught with more than one ounce would face a fine, while larger quantities could still lead to jail time.

A landmark Supreme Court ruling in 2015 opened the door to the recreational use of marijuana in Mexico, but it did not automatically legalize the drug.

The court has given the government until April 30 to pass a law on the subject, which still needs to be approved by the Senate.

Medicinal marijuana use has been legal in Mexico since 2017 and is allowed in a number of other Latin American countries including Argentina and Colombia.

But Uruguay is the only country in the region to allow its recreational use, having become the first nation in the world to do so in late 2013.

Since then, Canada has also permitted marijuana for personal use, along with several US states and a handful of other countries including South Africa.

In the Netherlands, soft drugs are technically illegal but the government has a ‘toleration policy’ of not prosecuting people who have small quantities.

Retailers are also allowed to sell cannabis in the country’s famous ‘coffee shops’, which are banned from selling hard drugs or advertising their wares. 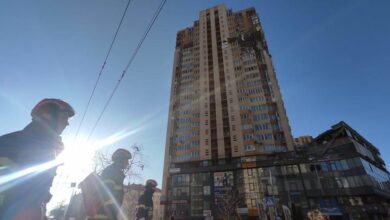