The killer waited until Sandoval left a table he was sharing with three other people, before shooting him several times in the back.

Solis said that although only one gunman fired at Sandoval, he may have been accompanied by as many as nine accomplices who waited outside the restaurant.

State officials said Sandoval had 15 police bodyguards assigned to him as well as bulletproof vehicles.

Two of the bodyguards were present, but were outside the restaurant when the attack took place.

Jalisco is the heartland of one of Mexico’s most powerful criminal gangs, the Jalisco New Generation Cartel.

The gang controls much of the state since it rose to power during the former governor’s term from 2013 to 2018.

The country is going to hold its biggest election in July next year and the run-up to the polls usually marks the time when “criminal groups try to position their own candidate and they often do that by murdering rivals”, he added.

Mexico has been marred by gang violence for years.

More than 34,500 murders were reported last year, but the country already set a new record as during the first six months of 2020 there were more than 17,400 murders – a 1.7 percent increase compared with the same period last year.

The investigation into Sandoval’s killing is not going to be easy as the restaurant’s staff cleaned up the crime scene and even removed security cameras, said Holman. 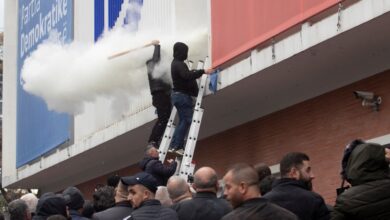 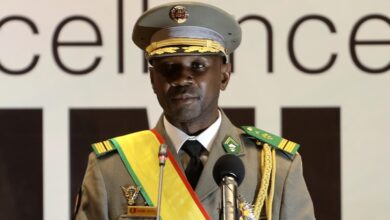