A meteor streaked low across the sky in Puerto Rico on Friday, setting social media abuzz as the spectacle amazed some people and unsettled others on an island still being hit daily by small earthquakes.

The bright burning ball was caught by security cameras and people randomly taking pictures and video of other things.

Rafael Rivera, a pharmacist, said he saw and heard the fireball as he passed over a toll bridge in northern Puerto Rico, briefly worrying it was a malfunctioning plane.

The meteor was visible across Puerto Rico in broad daylight, said Eddie Irizarry, a Puerto Rico astronomy professor and vice president of the Caribbean Astronomy Society. He said he got reports from all corners of the island.

“That makes it into quite a rare event,” he said in a phone interview.

Irizarry said that the meteor was visible for up to 10 seconds and that he suspects it was at least a couple of feet in length given reports that it left a smoke trail.

Some people on social media reported seeing the meteor hit just off the coast of the capital of San Juan. Those reports could not be immediately verified.

Meanwhile, officials at Puerto Rico’s main international airport said they captured the event on camera but flight operations were not interrupted.

The event scared many in the US territory that is experiencing strong daily aftershocks following a 6.4 magnitude quake Jan. 7 that killed one person and caused an estimated $200 million in damage along the island’s south coast.

Paola Noriega, a chef, said she saw the fireball while standing outside in San Juan.

“With all this trauma that we have as a result of the earthquakes … one could think it’s something catastrophic,” she said.

Her father, appraiser Juan Noriega, watched the spectacle with her.

“All of a sudden, I see a giant ball going across the sky,” he said. “It was orange in color, and coming in like a jet throwing off fumes.”

‘Last of The Magicians’: Isaac Newton’s Notes on The Pyramids Unlock Secrets of The Universe Brood X: 2021 Will See The Biggest Bugs Emerging After 17 Years

Drinking One Cup of Coffee Every Day Can Reduce This Heart Risk, Science Says 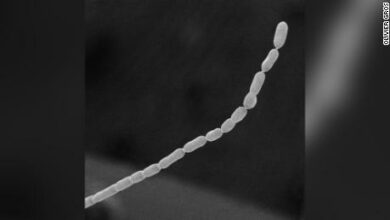 Why Are Egyptian Women Battling This ‘Shocking’ Draft Bill?