The Middle East and North Africa region (MENA) is in a “critical” position with food and fuel as the Russia-Ukraine war continues to unfold, World Bank Managing Director of Development Policy and Partnerships Mari Pangestu said.

Wheat and other imports from Ukraine are said to be in peril from the Russian-initiated offensive, an area already under the radar from climate-change-induced droughts.

In the global context, “availability and affordability” of food is the UN-backed organization’s concern, according to Pangestu. Unlike the global food crisis in 2008, the World Bank official clarified that “we actually don’t have a shortage of production. There’s sufficient production of… wheat, rice or other grain products.”

“Our forecast team have been estimating that if we see high food and fuel prices last for six months to a year,” it could negatively impact growth, Pangestu said.

The war in Ukraine has affected food supply chains in many other countries, according to a Reuters report, as fertilizer prices continue to soar. This poses some serious implications for famers as they can no longer afford soil nutrients.

Russian President Vladimir Putin warned that food prices could rise globally due to the increase in fertilizer prices if the West created problems for Russia’s export of fertilizers, which account for 13 percent of world output.

Putin’s statement comes as the West continues to sanction Russian businessmen such as Russian fertilizer and coal billionaire Andrei Melnichenko.

The European Union sanctions included freezing assets of several wealthy Russians and cutting off the Russian corporate sector from the global economy in an effort to force Putin to change course.

Russia is a major producer of potash, phosphate and nitrogen containing fertilizers – major crop and soil nutrients. EuroChem, which produces nitrogen, phosphates and potash, told Reuters that it is one of the world’s top five fertilizer companies.

As for Pangestu, the food issue goes beyond the Ukraine war. 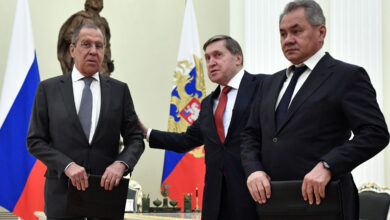