A craftsman who migrated to Turkey nine years ago because of the civil war in Syria has managed to maintain his art and life in the southeastern province of Kilis. 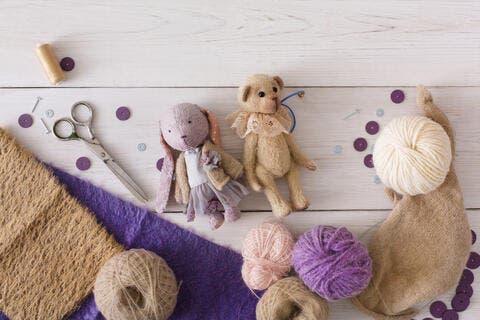 Selahaddin Cilo, 50, has been making designs for 35 years, shaping wood in his small workshop from an early age.

He teaches his craft to two of his six children, showing them how he makes handmade works adorned with Islamic motifs in an effort to pass on his skill to the next generation.

Cilo told Anadolu Agency that his love for art started early and he is glad to maintain his work in Turkey.

“I am creating handicraft, working on wood. I proceed on the Islamic cultural heritage. I have works that I created out of wood and leather,” he said.

He noted that he learned the art all by himself in his childhood and said he has been able to make greater progress from learning from different cultures since moving to Kilis.

“I pursued a career as a craftsman in Jordan, Brazil, and Iraq. I enhanced my works as I obtained things from the cultures of Turkey and other countries, and improved myself,” he said.

Cilo said he prefers to work on olive tree wood though he has made crafts from all sorts of wood. “I learned more while in Turkey. I hold exhibitions here. I can improve myself in this direction. My art has a future in Turkey.”

He underlined that his art requires perseverance. “All of my works are different. For instance, the ship that I have been building took five months. There are works that take one and a half months; all of them take time,” he said. “I try to present Islamic art through my crafts. I love this profession and I teach my children. I expanded my business after I came to Turkey, and it has economic return as well,” he added. 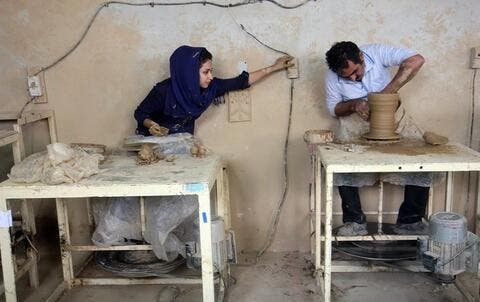 Cilo said that he enjoys his profession. “There are times when I regret selling a piece of work that I made.”

He added that people show great interest in his work.

How Should Jesus be Portrayed? Look at The Cultures Iranian named ‘dirtiest man in the world’ dies at 94

Canadian Judge Apologizes For Comparing Hijab to Sunglasses and Hat