28-year-old Zahit Mungan from Mardin has been making kites ever since he could remember.

Zahit Mungan, the 28-year-old kitemaker from Mardin, has been fascinated with kites since he was five years old. “Mardin is a city where people fly kites all the time,” he tells TRT World in an email. “You will see a kite in the sky no matter what season it is.”

Mungan says he “fell in love” when he was a kid climbing up the rooftops in Mardin, a city in southwestern Turkey. “I flew my first kite when i was five.”

Mungan remembers making kites for every single one of his classmates when he was in kindergarten when he first started making kites at the age of five or six. He says he initially started with the classic hexagonal kites, then through the years moving on to original designs that were much more varied and professional.

“I represent my country at kite festivals all around the world,” Mungan muses. “I have also set up kites with cell phones and cameras before the current technology [eg drones] existed to take aerial photos, to take pictures of my biggest inspiration, the Mardin skies.”

These photos led to exhibitions in several cities for Mungan, who says there is also a short film made about him called “Chasing the Kite” that won first prize in many film competitions.

“Thanks to all these efforts, I join talks in many cities around Turkey and teach school kids how to make kites in workshops,” he writes.

Mungan says he is inspired every day to go beyond his own designs to create works of art. “I want people to be amazed, for children to be overjoyed, for kite culture to flourish and not disappear, that’s my aim,” he adds.

His first kites, when he was a child, were made from paper or plastic bags. Now he makes three-dimensional kites from synthetic fabrics that are much larger and much more impressive.

Mungan has been selected to the “Changemakers” series 11 by Sabanci Foundation. Sabanci Foundation has been working since 2009 and has selected 190 changemakers from 42 cities in Turkey who have contributed to societal development. It aims to make their stories visible and to inspire society. Mungan’s work was selected because his kite workshops help kids’ imaginations and their motor skills to grow.

Mungan also aims to reduce screen time that kids spend on their gadgets and to entice them to play with traditional toys. He also helps promote the city of Mardin with the Mardin Kite Festival.

Mungan has converted the house he was born in in Old Mardin into a kite workshop. “Children listen to my story first, watch the kite documentary in the screening room and learn about the history of kites, then make their own kites to fly from the rooftop,” he says. Why Are Muslim Coronavirus Victims Being Cremated in Sri Lanka? 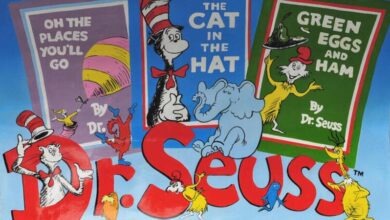