These are the faces of the last, elderly members of an ancient North East Indian tribe that used to behead people and display their body parts as trophies. 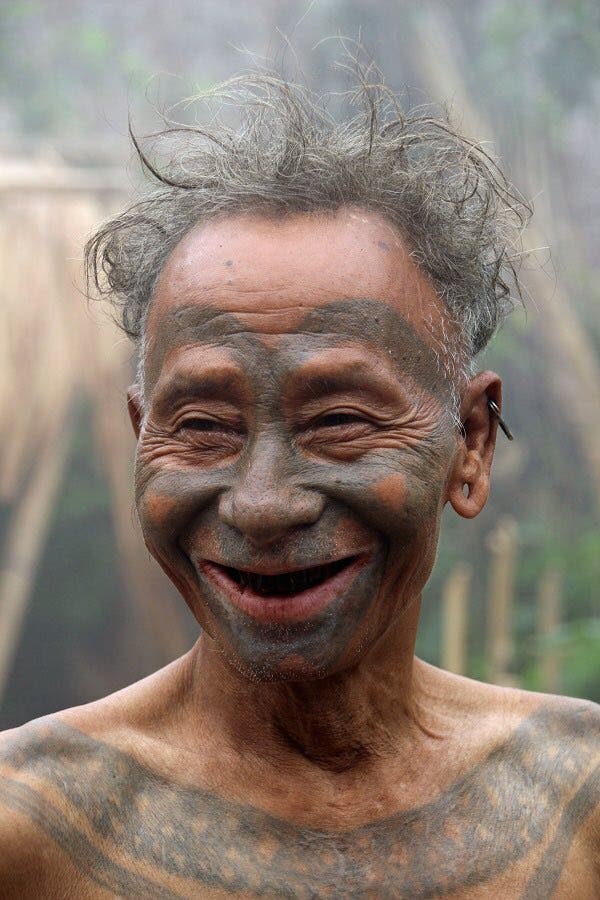 The tribe was largely unknown up until the British colonisation of India and Burma and are steeped in mystery, set to take their unique culture to the grave when the last member dies.

Tribe members famously used to hack skulls off bodies of rival tribes and proudly display them in the villages to celebrate the killer’s achievement, with the number of hunted heads indicating a warrior’s It was believed that human heads gave off a mystical force that would bring prosperity and benefit local crops.

But the practice was abandoned in the 1960s when the tribe was converted to Christianity – meaning that as this generation dies, so too will their bloody headhunting ways.

The ancient head-hunting tribe is believed to more than 80 years old and are the last of their kind, with a population of around 320,000 worldwide.

The incredible shots were captured after Irish travel photographer, Trevor Cole travelled to the heart of the mountainous Nagaland in India, and show members both clinging onto their heritage and adopting more western fashion trends.

A book titled ‘Konyaks: The Last Of The Tattooed Headhunters’ explores the ancient tribe’s history. 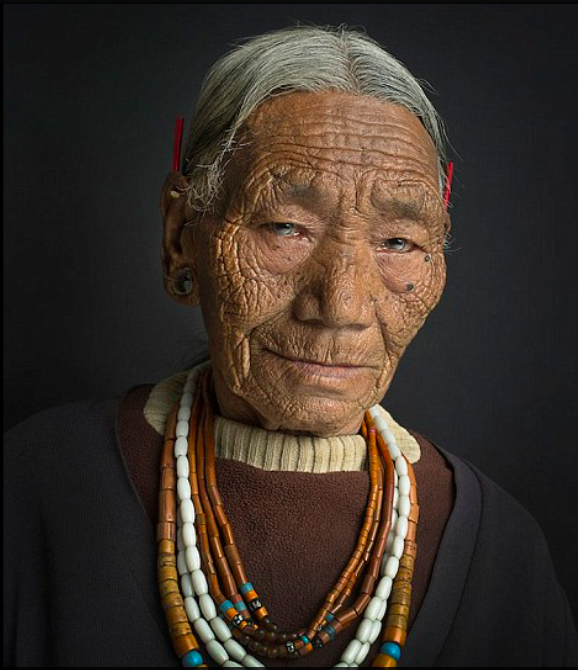 Their bodies were used as canvases as they were tattooed using needles made from palm spikes and cows and pigs were slaughtered in celebration of the inkings.

Headhunting and tattooing often went alongside each other and after every raid of a village a tribe member was decorated with diamond markings on their body.

‘Beirut 6:07’: Tribute to The Victims and Survivors of The Port Explosion