Syrian violinist Rania Maasrani is considered one of the founding students of the Arab Institute of Music and the Syrian National Symphony Orchestra but she also has a parallel artistic platform in which she presents her creations and ideas about art.

In addition to her love of music, Maasrani learnt painting and sculpture at the hands of masters of the arts in Syria. She was quickly a success, an exceptional case of artistic accomplishment in music and painting.

Her latest exhibition was titled “Inspired by Palmyra” and included works in sculpture and Ajami painting. She said her aesthetic vision was inspired by the ancient city of Palmyra, which was greatly damaged during the war against the Islamic State (ISIS).

“Anyone who reads history will fully realise the importance of the city and civilisation of Palmyra at some point in human history and of the enlightened thought it has given mankind,” she said of the exhibition’s focus.

“The city’s history was full of events and personalities, perhaps the most important of whom was Queen Zenobia. That’s why the invaders of Palmyra always tried to wipe out this history from our civilisational identity.

“When we speak about the existence of religious thought in this city about 2,000 years ago, we can easily realise the magnitude of its great intellectual standing. So religious zealots destroyed the famous Temple of Bel, which I consider a disaster and a crime against all humanity. This was how I got the idea that we must collaborate to protect and bring back to life the history of this civilisation at all costs and restore its former historic glory.”

The exhibition, at Damascus Opera House, included several clay sculptures. Maasrani said she used clay as an equivalent to the founding material of life.

Her work was inspired by sculptures and paintings on the walls of historic palaces, such as the Qasr al-Hayr al-Sharqi (Eastern Palace) and the Temple of Bel, which was destroyed by ISIS extremists.

Some of her work depicts details of life in the desert. There was a noticeable Sufi influence in the exhibition. A good portion of the works exhibited depicted whirling dervishes from the Mevlevi Order. Maasrani also exhibited paintings done in the Ajami style.

“During the war in the city of Palmyra, I often thought of these details and how they must be documented and preserved,” Maasrani said. “The war destroys the historic and cultural heritage of cities and civilisations and leaves just chaos. So, in the post-war phase, we must work on reconstructing and documenting what was destroyed in all its details.

“This is what I tried to do through this exhibition for which I chose the title ‘Inspired by Palmyra.’ All of the exhibited works were inspired by this city and its thousand-year-old civilisation.”

“The title suggests that Palmyra still lives in our consciousness as a source of creativity and art. I tried to capture that in the details of women’s jewellery, faces and some simple human scenes,” Maasrani added.

In the clay sculptures, colour was replaced by the subtle play of light and shadows. Colour, however, was present in force in the paintings, on which Maasrani used exotic wood as supports for intricate forms and colour schemes in reproducing decorations that adorn the ceilings of old dwellings in the region.

Damascene Ajami art is one of the oldest forms of arts and crafts and has been popular throughout the history of Damascus. Official and formal reception halls in palaces and homes were ornately adorned with Ajami paintings.

The artistic form blends several decorative arts, such as Turkish, Persian and Arabic, giving the walls and ceilings of Damascene homes a touch of grandeur and luxury. The colours of Ajami paintings retain their brilliance for many years. Ajami painting became a full-fledged profession during the Umayyad Dynasty and used to be called vegetarian painting because its colours are from plant extracts.

Maasrani said she has a special regard for the Damascus Opera House. She has given many concerts there and it became the site of her exhibition.

“I’m particularly fond of this venue,” she said. “I spent some of my sweetest moments there since the founding of the Syrian National Symphony Orchestra. I’ve appeared hundreds of times with the orchestra on the house’s stage in public concerts. How happy I am that the place where I was playing again embraces what I drew and sculpted. UAE Court Jails Two for Embezzling Over $816,000 From Businessman 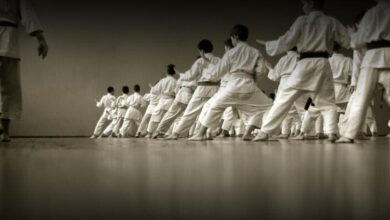