Saudi Crown Prince Mohammed bin Salman (MBS) has continued to dominate news headlines in recent weeks, following reports of his latest crackdown against leading royals and officials, his relationship with another regional leader has once again come to light.

More than 20 years his senior, Mohammed bin Zayed Al Nahyan (MBZ), the crown prince of Abu Dhabi and de facto ruler of the United Arab Emirates (UAE), is often portrayed as a mentor for the less-experienced MBS, whom he backed even before he became the next in line for the Saudi throne in 2017.

The two men are de facto rulers of their countries and see eye-to-eye on a number of domestic and foreign adventures, including their aggressive policies towards political Islamist groups and their roles in regional conflicts such as the long-running Yemen war and the blockade on Qatar.

Their intersecting ambitions have brought the pair together on many occasions, although experts say MBZ remains the mastermind behind many policies and the more influential figure in the relationship.

“In the major confrontations in the Arabian Peninsula, MBZ is in the driver’s seat,” said Willam Law, editor of the Arab Digest, describing the relationship as “one where MBZ exploits the immaturity, the arrogance and the ambition of MBS to achieve his ends.”

“MBZ is happy to let MBS have centre stage while he is in the wings, watching, working and manipulating,” he added.

MBS seems to look up to MBZ’s achievements as a model of success, while the latter plays an important role in supporting the younger crown prince.

The ‘threat’ of political Islam
One of the key domestic policy issues that has united MBS and MBZ is their view on political Islam, especially in the aftermath of the Arab Spring, which left Gulf monarchies feeling that potential unrest may unseat them from power.

“The Arab Spring – and its ramifications – is the single most important regional issue that has brought Saudi Arabia and the UAE together,” Sami Hamdi, editor-in-chief of the International Interest periodical, said.

“This marked the beginning of the close cooperation between Saudi Arabia and the UAE, which would subsequently lead to a coup in Egypt, the rise of [Libyan renegade military commander Khalifa] Haftar …. and a blockade on Qatar,” he added, referring to three key events that unfolded in the past decade.

As a means to rid themselves of potential rivals, both leaders launched fierce arrest campaigns – an approach their countries had previously followed in the 1990s to purge government departments of the Islamic al-Islah group in the UAE and the Sahwa Movement in Saudi Arabia.

More recently, fears of a revival of political Islam led to the UAE’s crackdown on about 60 people in 2012, many of whom were members of al-Islah and were tried the following year on charges of seeking to seize power.

In Saudi Arabia, the crackdown on political opponents, including religious scholars, came later. Billing it as an initiative to fight corruption, MBS led a widening arrest campaign against royals and businesspeople in 2017. He then targeted prominent religious figures, such as Salman al-Awdah, in 2019, before reports emerged in recent weeks that he had again targeted senior members of the royal family and civil servants.

Law said: “The recent purges by MBS … have the same objective as MBZ’s drive against political Islam: to consolidate power and eliminate potential challengers to their absolute rule.”

According to Courtney Freer, an expert on Gulf states and research fellow at the London School of Economics Middle East Centre, “Both MBS and MBZ hope to diminish the role of religion in politics and, in so doing, eliminate potential political rivals.”

According to Hamdi, the focus on eliminating political Islamists has also brought both countries closer to the United States.

“Both have sought to position themselves as indispensable allies to the US, and both have offered themselves as ‘pioneers’ of liberalisation in the Arab world to galvanise support in the Western world.

“They adopted the use of terminology that dominates Western discourse such as ‘terrorism’ to deride opponents, and ‘moderate Islam’ so that their policies are seen to be in alignment to the US’ most important priority in the region: de-radicalisation,” he added.

But, in an attempt to eliminate potential rivals, MBS has also extended his crackdown against dozens of women’s rights activists. He has also faced accusations of giving orders that led to the assassination of Saudi journalist Jamal Khashoggi at the kingdom’s consulate in Istanbul in 2018, allegations he denies.

MBZ, on the other hand, has been a lot more focused in his crackdown on the Muslim Brotherhood, according to observers.

“Saudi journalists have suggested that MBZ is far more suspicious of and paranoid about the Muslim Brotherhood than is MBS,” Freer said.

Law agreed: “For MBZ … political Islam and the Muslim Brotherhood is by far the biggest existential threat.”

Regional conflicts
MBZ’s fear of political Islamists appears to have led the way in shaping the UAE’s regional policies and approach towards conflicts in neighbouring countries – and inspiring MBS to do the same.

“The Qatar siege cemented the Emirati-Saudi relationship and, indeed, since that time the two countries have signed a series of new bilateral ties, demonstrating the growing importance of their relationship and their increasing alignment,” she added.

On June 5, 2017, the UAE and Saudi Arabia, along with Egypt and Bahrain, imposed a blockade on Qatar and cut all ties with it, accusing it of “funding terrorism” and fomenting regional unrest – allegations Qatar has rejected.

In addition to the Qatar blockade, the UAE and Saudi Arabia, to a lesser extent, have taken similar positions on the conflict in Libya, supporting Haftar and his self-styled Libyan National Army (LNA). The UAE, which has supplied Haftar with advanced weapons, considers him a trusted partner capable of curbing the spread of political Islam in Libya.

“Every foreign policy initiative that MBZ embarks on, from the Yemen war to support for the Libyan warlord Haftar … is driven by his belief that the Brotherhood and political Islam pose the greatest threat to the Gulf ruling families,” Law said.

Since a Saudi-UAE-led military coalition intervened in 2015 to support Yemen’s internationally-recognised government led by President Abd-Rabbu Mansour Hadi following the takeover of the capital, Sanaa, by the Houthi rebels, the Yemen conflict has featured prominently in the two leaders’ relationship.

Both countries have also sought to use their proxies in Yemen to limit the role of Iran, which has long been accused of supplying the Houthis with weapons. Tehran says it supports the rebels diplomatically and politically but denies providing them with any military aid.

“Iran figures largely in MBS’s thinking if only because his ambition to be the regional leader is thwarted by Iran. For MBZ, Iran is not as big an issue,” Freer said, adding that both countries’ approach towards Tehran was “somewhat aligned”.

Saudi Arabia and the UAE have sought to present a united front in Yemen, but there are simmering divisions over the future of southern Yemen. These came to the fore when Hadi’s Saudi-backed government was removed from Aden in September 2019 by UAE-supported southern separatists.

“Although both states consider Iranian influence in domestic politics within the Arabian Peninsula a grave danger, they [MBS and MBZ] have increasingly struggled to see eye to eye on Yemen,” Freer said.

Hamdi, however, noted that the two had “differing policies on Yemen, where Saudi Arabia prefers a united Yemen as opposed to the UAE which prefers a divided one, the personal relationship means that they have been able to work out their differences”. 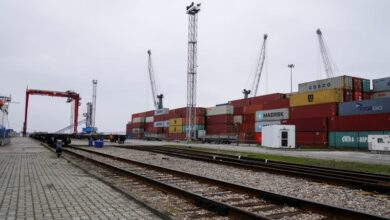 Lebanon, Japan have 40 days to agree on fate of ex-Nissan boss Ghosn