Last week, three senior Saudi royals were arrested amid rumours of an alleged coup plot in Riyadh. Prince Ahmed bin Abdulaziz, brother of King Salman, former Crown Prince Mohammed bin Nayef (who had been under house arrest since 2017), and his younger brother, Prince Nawaf bin Nayef were detained along with a number of high-ranking officials, as security in the capital was increased.

Many have seen the sweep-up operation as yet another attempt by Crown Prince Mohammed bin Salman (MBS) to consolidate power. Speculation about the health of King Salman was quickly countered with footage on state television of him attending a meeting with officials.

Whether there was indeed a coup plot or MBS was merely preparing the ground for a smooth transition of power in case the king’s already frail health failed, these developments show that the young royal still does not feel fully secure in his position.

The reason for this may be that, just like other Saudi royals who have vied for power, he has been unable to tackle the most pressing issue of the House of Saud – legitimacy.

Consolidating power
Since King Salman came to power in January 2015, MBS has worked hard to consolidate his position within the House of Saud, the country and the region.

When his father took the throne, he was immediately appointed defence minister. Two months later, he launched a war in neighbouring Yemen without consulting senior royals.

The same year, he managed to arrange the removal of former Saudi intelligence head, Muqrin bin Abdulaziz, from the position of crown prince. Two years after that, he did the same with the king’s nephew and former interior minister, Mohammed bin Nayef, and was appointed the direct successor of his father.

In parallel, MBS has also promoted people close to him to important posts within the government to consolidate his power. His half-brother, Abdulaziz bin Salman, was appointed minister of state for energy affairs, while his younger brother, Khalid bin Salman, was sent to Washington, DC as Saudi Arabia’s ambassador to the United States and later made the deputy minister of defence.

Prince Badr bin Abdullah bin Mohammed bin Farhan Al Saud, who has helped MBS acquire expensive art, was appointed minister of culture in 2018 when he was 32. Another youthful Saudi prince, Abdullah bin Bandar bin Abdulaziz Al Saud, was given the position of minister of National Guard.

MBS also promoted non-royals to positions that would traditionally be given to members of the royal family. His close confidant, Major General Ahmed Asiri, took the position of deputy head of the General Intelligence, but was later sacked over the killing of journalist Jamal Khashoggi. Another confidant, Ahmad al-Khatib, was appointed minister of tourism. Turki al-Sheikh, who is also one of the crown prince’s aides, was promoted to royal adviser with the rank of minister and headed first the sport authority of the kingdom and then the newly created entertainment authority.

In other words, he holds personal control over the military and financial arms, including Saudi energy giant Aramco, of the Saudi state, the two most important and lucrative state portfolios. Since King Salman’s ascension to the throne, Tharawat Holding, which is associated with MBS and run by his brother, Turki bin Salman, has grown exponentially by concluding major deals with state companies and institutions.

MBS has also sought to present himself as a reformer. He has tried to ingratiate himself with Saudi youth and Western countries by curbing the power of the conservative religious establishment and pushing through some social reforms, such as lifting the ban on women driving and allowing cinemas and musical concert halls to reopen in the kingdom. He has also launched the ambitious Vision 2030, seeking to reform the Saudi economy and set up the IPO of Aramco.

He courted US President Donald Trump to ensure his support for his domestic and regional policies. Concluding deals worth hundreds of billions of dollars with Trump, the young crown prince secured the backing of Saudi Arabia’s most powerful ally.

Failing on legitimacy
But just like his predecessors, MBS has struggled to resolve the most pressing problem of the House of Saud – that of legitimacy. His grandfather, King Abdelaziz Ibn Al Saud, the man who founded modern Saudi Arabia, set up the fledgeling Saudi state on two pillars: the distribution of oil wealth among the kingdom’s people in return for allegiance to the House of Saud and an alliance with the Wahabi religious establishment. He also concluded a strategic alliance with the US to ensure the country’s regional security, which one could see as the third pillar of the Saudi state.

Despite MBS’s best efforts, however, cracks have appeared in all three. With a growing population and increasingly inefficient oil-dependent economy, Saudi Arabia is facing a crisis which the reforms of Vision 2030 cannot tackle. Part of the problem has been that MBS has not really tried to dismantle the oligarchic structures suffocating the Saudi economy; he has solely tried to replace the old guard of kleptocrats with a new one loyal to him.

At the same time, he has pressed for austerity without trying to tackle poverty. This has angered the public and forced him to roll back a number of austerity measures. Now, the collapsing oil prices and the disappointing performance of the Aramco IPO are also threatening to unravel his Vision 2030.

The disempowerment of the religious establishment has also not gone down that well. It has naturally caused a degree of resentment in conservative circles and at the same time has not really won MBS support among the kingdom’s progressives because they too have been cracked down on. The killing of Khashoggi and the imprisonment of dozens of activists have also damaged irreparably the reputation of MBS abroad.

The alliance with the US has also appeared shaky. Although Trump has done much to shield MBS from demands by Congress for a response over Khashoggi’s killing, which he ultimately sees as an internal Saudi matter, the US president has been not so enthusiastic in coming to Saudi Arabia’s rescue when tensions with Iran escalated. The US response to the drone attacks on Aramco facilities was rather disappointing for Riyadh and signalled that it will no longer be able to rely on the US alliance for its regional security.

Amid this insecurity and mounting economic failures, MBS also finds himself in a hostile environment within the House of Saud. His decision to jump the succession line, centralise power and appoint young princes and non-royals to important positions, sidelining powerful members of the royal family, have all created tensions within the royal family and endangered the internal consensus of the monarchy.

Of course, this is not the first time there has been a royal power struggle in Saudi Arabia. The country witnessed a bitter rivalry between King Saud and his crown prince, Faisal, in the late 1950s and early 60s, with the latter trying repeatedly to unseat his brother. In 1964, Faisal succeeded in dethroning Saud, with the backing of the religious establishment and Washington, but only after consensus to that effect was reached within the royal family.

The problem today is that MBS has subverted the tradition of internal political consensus that had kept the dynasty intact for decades through various tumultuous times. By undermining decades-old unwritten rules about succession and distribution of power and influence, the crown prince has thrown the royal family – and with it the whole country – into uncharted territory. It is increasingly clear that the House of Saud’s biggest enemy is the House of Saud itself, as power struggles are increasingly shaking the pillars that kept the royal family in power for decades.

The legitimacy crisis of the Saudi state has been simmering for a while. In the past, it was suppressed through a combination of repression and co-optation. Under MBS, however, the situation will only get worse. 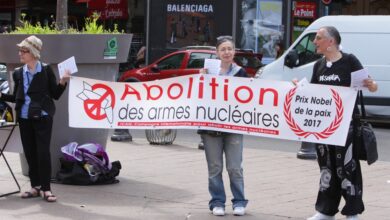