The song is in Egyptian dialect, written by Mahmoud Salah, composed by Mohamed Rahim and distributed by Hady Sharara.

Diab appeared in the video parading her long legs and the massive shoes collection she owns.

One particular pair of shoes caught viewers’ attention in Maya’s clip, it was her minion pumps.

Maya showed off the goggled-characters-heel design in more than one scene in the video.

Immediately, fans recalled the famous yellow shoes of Sandra Bullock’s by Rupert Sanderson she wore for the Los Angeles premiere of Minions in June 2015. 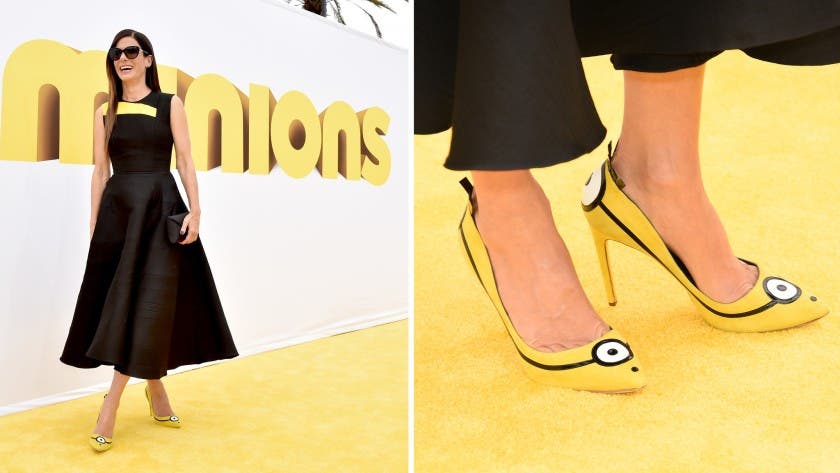 Maya Diab’s High Heels has topped Twitter’s trending hashtags in Lebanon as soon as she released the song.

On YouTube, most of the comments were negative and viewers sharply criticized Maya’s new music.

Diab was criticized for using the phrase “Allahu Akbar” in what was described as a sexy video, and that it was so irrelevant to mention God in a video that has bare legs.

Other commentators said that the lyrics doesn’t make any sense and they couldn’t understand a word of it.

An Image From Model Roz’s Wedding Resurfaces After She Denied Being Married.. Watch