Lebanese singer and composer Marwan Khoury, 53, has announced that he will tie the knot soon in 2021.

Marwan, who branded himself as “the most famous bachelor in Lebanon”, added that he’s romantically involved with a woman who is an outsider to the celebrity community.

In an exclusive interview with ET Arabi, Khoury said: ‘My wedding will be this year and it will be limited to family only, and I am happy to take this step that came after many years. My thoughts about marriage stems from the idea of stability and security, I want to have some kind of stability after all these years.’

Marwan added: ‘I decided to get married to establish a family and have children. I want this thing strongly as it is an important thing in life.’

‘Throughout my life I fell in love for 3 or 4 times, but no of them has been able to make me take this last step, except for my current girlfriend.’

Speaking of his life partner, Marwan said: ‘First of all, She’s not from my fans. I’d wished to be with a woman who admires my music and not my stardom because I am an artist and a star,’

‘Second of all, she’s from outside the celebrity community and she has a job. The most important thing is that she understands my situation as a famous person and an Eastern man.’

Marwan Khoury concluded: ‘I am a person who loves to possess my partner a lot, and my personality in my clips is very different from reality. There is an Eastern man part that did not appear to the public.’ 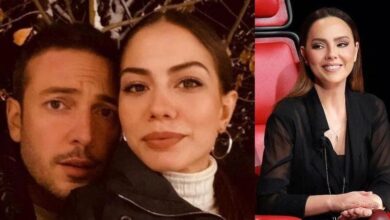 Shoug Al-Hadi Gets Rushed to The Hospital (Pictures)