Pop singer Mariah Carey is facing a $60 million lawsuit for copyright infringement over the title for her Christmas mega-hit “All I Want For Christmas Is You.”

Carey’s hit, written and produced by Carey with co-defendant Walter Afanasieff, was released on her first Christmas album in 1994 and was the first holiday song to be certified Diamond by the RIAA for selling more than 10 million units.

Her song has been included in numerous movies, including her animated family film bearing the same name, and has been covered by some of the world’s most famous artists in a variety of musical genres — including by Justin Bieber, Dolly Parton and emo rock band My Chemical Romance.

She is being sued by Andy Stone, who co-wrote Vince Vance & the Valiants’ country song “All I Want For Christmas Is You” — which was released five years before Carey’s smash hit.

The two songs have little lyrical or musical similarities beyond the title, and the one by Vince Vance & the Valiants and first peaked at #55 on the U.S. Billboard Hot Country Singles & Tracks chart in January 1994 — just months before the release of Carey’s hit.

Stone is suing Carey in the U.S. District Court for the Eastern District of Louisiana for $20 million in punitive damages, $20 million in profits derived for the use of the title, and $20 million for misappropriation and “unjust enrichment.”

He claims that the title is “copyrightable subject matter” and that Carey “never sought or obtained permission” before giving her song the same name, according to a copy of the lawsuit obtained by the New York Post and Bloomberg.

Stone’s lawsuit claims that the title of Carey’s song has caused “confusion as to the association” between the two songs in violation of the Lanham Act.

His lawyers alleged in the lawsuit that a letter had been sent in December 2021 putting Carey “on notice” for the “creation of a derivative work” but that Stone “was unable to come to any agreement over the usage.” She Died So Young: The World Remembers Eva Peron 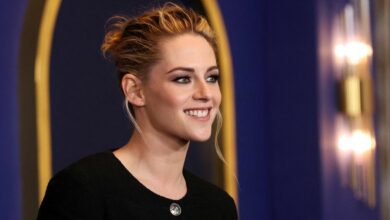