At the time, an old song of Al-Azmeh resurfaced, because the lyrics talked about avoiding handshakes and kisses to protect people from transmitting viruses among each other, which is kind of our reality nowadays.

And most recently, viewers rememberd one of Yaser’s episodes from his famous series Maraya “Mirrors,” which was aired in 2011 and titled “Rabbit Flu.”

Social media users agreed that Maraya’s episode was an accurate prediction of what’s happening in 2020, but instead of the “Rabbit Flu,” we have Coronavirus.

Plot of the episode:

Aboud Al-Attar is a simple herbalist who claims to be a doctor and treats the simple people of his village. He receives a visit from a great herbal dealer, who has jam in a particular herb which has been damaged and wants to get rid of it despite it being rotten, and requests Aboud Al-Attar to help him in this matter.

The merchant asks Aboud Al-Attar to sell the herb to the simple people in his village, by promoting the emergence of a new disease called “Rabbit Flu” which was brought from Southeast Asia, to spread fear among people via the local radio station.

Aboud continued with his fake scenario, and deluded people that the only cure was with a “vaccine” that he promises to distribute to them after he has receives it.

A number of social media users said that this episode expresses the reality of the situation now, especially that the local radio in the village is being represented now by all media, the one which terrorizes people and promotes for the “vaccine.” And some were surprised when China was mentioned in the episode.

Within the events of the episode, residents of the village were seen wearing masks while they were listening to the the radio that talked about symptoms of the influenza, such as high temperature, red eyes, severe cough, and dyspnea , which are very close to the symptoms of the emerging Coronavirus. 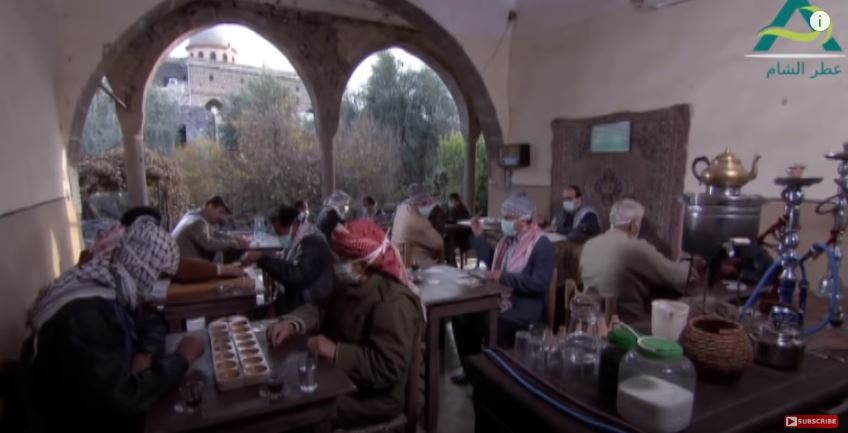