Eleven people on board the vehicle were also injured in the accident near Ain Amguel town in the desert province of Tamanrasset, 2,000km (1,250 miles) from the capital, Algiers, state news agency APS reported on Friday.

Tamanrasset, located near the borders with Mali and Niger, is regarded as a transit point for African migrants seeking to go to Europe.

Among those killed were 19 African nationals, including children, and the Algerian driver of the pick-up truck, which was destroyed in the accident, said the agency on its Facebook page.

The cause of the accident is not clear yet.

The injured were given first aid at the scene of the accident before being transferred to a hospital. 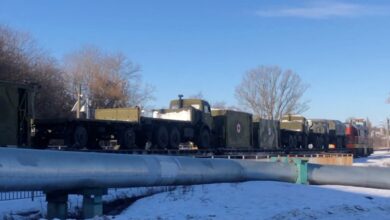