Australia’s oldest museum has defended allowing a man dressed in women’s fetish gear to play with Lego at a children’s nighttime event – after pictures of him outraged parents across Australia.

Horrified parents complained to security staff and event organizers about the disturbing scenes at a popular weekly event at the Australian Museum in Sydney.

The photos from a recent Nights at the Museum event during the Easter school holidays show a man in fetish gear sitting with a group of young children building with blocks in the Lego pit.

The man is pictured in a midriff top and mini skirt outfit accessorized with fishnet stockings and a suspender belt. He’s sitting next to a man dressed in similar attire.

‘He’s sitting there with his full package out,’ one horrified parent said. ‘Disgusting.’

The photos are still being widely circulated online four weeks after the event. 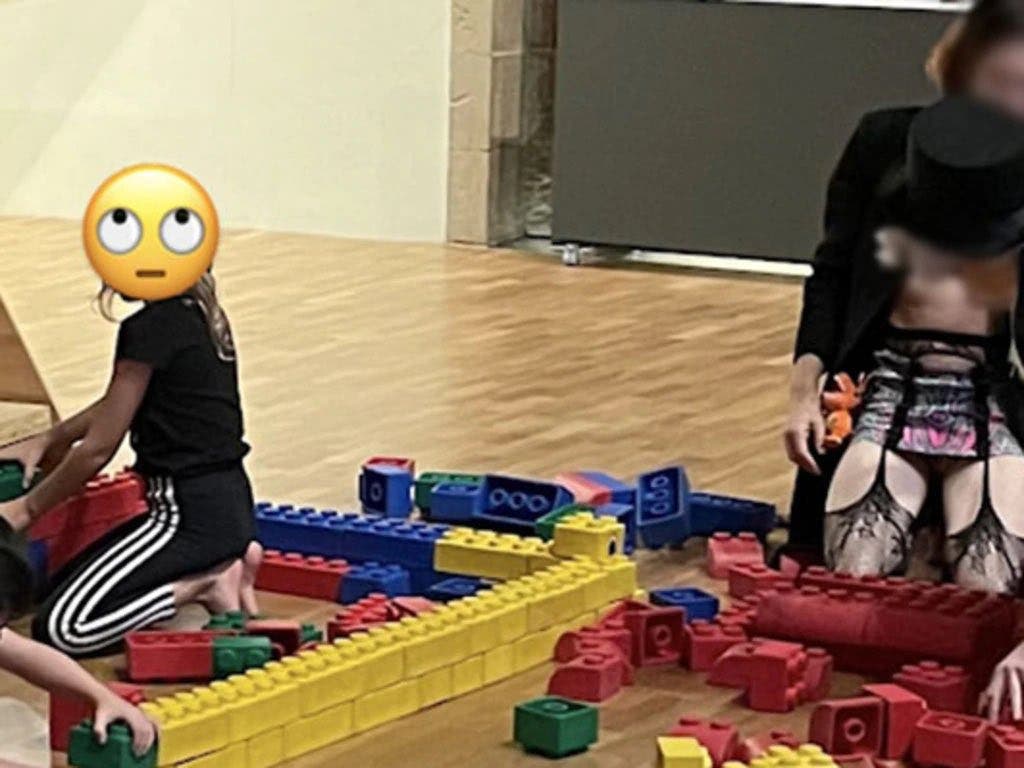 “This photo was taken at a ‘Nights at the Museum’ event in April. by (@SydneyRadfem/Twitter via 2GB)”

‘Is this the arts sector of Australia! I don’t like to see my children raised in that environment!’ one person tweeted on Monday.

Another added:  ‘Because of the vulnerabilities of all children, when you put on a children’s event, you must prioritise their needs and welfare. A ‘suitable person’ must safeguard – these responsibilities are wide and cannot be delegated.’

The ‘creepy’ photos sparked outrage from 2GB breakfast host Ben Fordham, who urged the museum to consider how future events are run during the school holidays.

‘I think they might need to think about how this works the next time around,’ he told listeners.

‘It was the school holidays, you’ve got a Lego area and you’ve got a man sitting alongside the kids leaving very little to the imagination.’

I don’t know know how the museum knows it’s fancy dress either. It might just be his or her look.’

The Australian Museum has defended the attendee complained about, claiming the individual was in ‘fancy dress’.

The venue has confirmed the Lego pit will now be a ‘children’s only area’ at future Nights at the Museum events.

‘Multiple members of our security and programming teams spoke with a woman who took the images on the evening following the concerns she raised regarding two people wearing fancy dress,’ a spokeswoman told Daily Mail Australia.

The teams investigated and confirmed that the individuals in fancy dress were keeping to themselves and had not interacted with anyone else in the area that was open to all.

‘We feel this was fully addressed by the Australian Museum on the night of the event.’

To ensure all visitors feel comfortable at future Nights at the Museum events, the brick play pit will be designated as a children’s only area.

The Nights at the Museum is a weekly ‘after dark’ event at the venue which will continue running until the end of June.

‘We will be open until 9pm on Thursday nights with live music, a pop-up bar and more,’ the museum states on its website. Who Has The Tops in Movie Venice?