The British Medical Journal (BMJ) said the 50-year-old man was operated on at the Countess of Chester Hospital, with a skin graft taken from his thigh.

The journal’s authors said the man had been a low-risk patient with no “significant” exposure to the sun.

The patient, who worked as a labourer, and his family had no history of skin cancer, the BMJ said.

The growth had expanded over three years, but doctors were surprised that there was no abnormal growth in his lymph nodes. 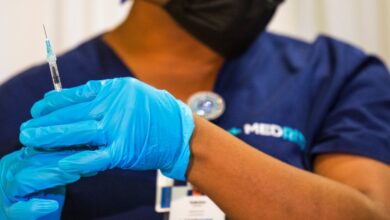 What to know about the HPV vaccine, cancer prevention and side effects

The Shocking Side Effect of Eating Comfort Food Research links growing up in the South to worse brain health