Mali’s interim president and prime minister have resigned two days after they were arrested by the military, an aide to the vice president said.

Soldiers, led by interim Vice President Assimi Goita, arrested President Bah Ndaw and Prime Minister Moctar Ouane and took them to a military base on Monday after a cabinet reshuffle in which two officers lost their posts.

The military’s actions have jeopardised Mali’s return to democracy following a coup last August and drawn condemnation from international powers.

“The president and his prime minister have resigned. Negotiations are ongoing for their liberation and the formation of a new government,” said Baba Cisse, an aide to Goita, on Wednesday in comments sent to the Reuters news agency by the military.

A member of the Economic Community of West African States (ECOWAS), which is visiting the country in an attempt to resolve the standoff, confirmed the president’s resignation to the AFP news agency, requesting anonymity.

During a meeting with Goita late on Tuesday, the ECOWAS delegation, led by former Nigerian President Goodluck Jonathan, raised the possibility of sanctions against the officers responsible for the takeover, said a military official who was present.

The UN Security Council on Wednesday called for the “safe, immediate and unconditional release” of all officials detained in Mali by elements of the defence and security forces.

The 15-member council also “urged the defence and security forces elements to return to their barracks without delay” in a statement agreed by consensus, diplomats said.

On Monday, the UN, African Union, ECOWAS, European Union and the United States issued a rare joint statement, attacking the detention and demanding the release of Ndaw and Ouane.

Goita’s aide Cisse told a press conference later on Wednesday that the officials will be released from detention gradually due to security considerations.

Mali’s neighbours and international powers fear the political crisis could further destabilise a country that armed groups linked to al-Qaeda and ISIL (ISIS) have used as a launchpad for attacks across the region. 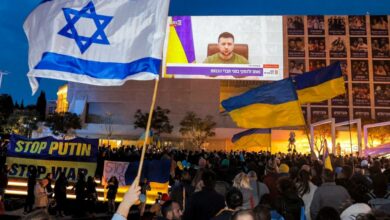