At Sunday’s extraordinary summit, the 15-member Economic Community of West African States (ECOWAS) is set to discuss how to deal with Mali’s second coup in nine months.

Goita left Bamako for Ghana’s capital, Accra, on Saturday after receiving an ECOWAS letter asking for “consultations”, according to the AFP news agency.

The office of Mali’s president, in a statement on Facebook, said Goita would take part in the extraordinary summit “alongside his counterparts” and would also hold bilateral talks with regional leaders.

which acted as a mediator last August when Goita and others toppled Mali’s democratically elected president Ibrahim Boubacar Keita – has warned it may reimpose sanctions after the colonel’s latest power grab.

The bloc fears the takeover could exacerbate instability in northern and central Mali and undermine a regional fight against armed groups linked to al-Qaeda and ISIL (ISIS).

ECOWAS, the United States and France have all warned of new sanctions.

French President Emmanuel Macron, during a visit to Rwanda and South Africa, said on Saturday that he told West African leaders they could not back a country “where there is no longer democratic legitimacy or transition”.

The turmoil in Mali began last week when Goita ordered the arrest of  President Bah Ndaw and Prime Minister Moctar Ouane following a dispute over a cabinet reshuffle that left out two members of the military.

Goita was serving as the vice president at the time.

Ndaw and Ouane resigned while in detention on Wednesday and were later released.

Then the constitutional court – contravening a joint declaration issued following talks in the wake of last August’s coup – named Goita as Mali’s new transitional president. The declaration, reached between ECOWAS and Mali’s civil and military leaders, said the vice president of the transition “cannot under any circumstances replace the president”.

With the military going back on its previous commitment to civilian political leaders, doubts have been raised about its other pledges, including holding elections in early 2020.

The military said this week it would continue to respect that timetable, but added that it could be subject to change.

US drops plan to vacate troop bases in Germany, Belgium 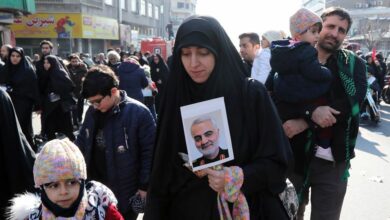