French President Emmanuel Macron, in a visit to Rwanda, has said France recognised its “responsibility” in the 1994 Rwandan genocide, asking for forgiveness for his country’s role but without offering an apology.

His comments on Thursday came during a solemn speech at the Kigali Genocide Memorial, where 250,000 victims of the mass killings are buried.

Some 800,000 ethnic Tutsis and moderate Hutus were killed by Hutu militias in 100 days of bloodletting that began in April 1994.

Macron said France did not listen to those who warned it about the impending massacre in Rwanda and stood de facto by a “genocidal regime”.

“Standing here today, with humility and respect, by your side, I have come to recognise our responsibilities,” he said, adding, however, that France “was not an accomplice” to the genocide.

Macron said France had a duty to admit the “suffering it inflicted on the Rwandan people by too long valuing silence over the examination of the truth”.

He added: “On this path, only those who went through that night can perhaps forgive, give us the gift of forgiving.”

Many in Rwanda were hoping for an official apology that France failed to help stop the genocide.

“It would be a very good thing if Emmanuel Macron apologises,” Freddy Mutanguha, director of the Aegis Trust NGO which runs the Kigali memorial, had said before Macron’s speech. US push to extend arms embargo is ‘illegitimate’ says Iran 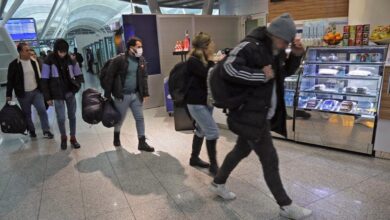