When Palestinian bride Jinan Samara dons her wedding dress on Friday to marry Abdel Karim Mukhader, it will mark a ceremony of mixed emotions that has been forcibly put on hold for 18 years.

For on Sunday, her groom was finally released from a prison sentence imposed under the Israeli occupation of the West Bank.

Mukhader, 49, was aged just 31 when he was jailed, but his love for Samara has only grown stronger during his long years behind bars.

And his new wife-to-be was waiting at the Jalamah Israeli military checkpoint to greet him with a bouquet of flowers and a fond embrace after his release from the Majiddo detention center in the occupied West Bank.

“I never lost hope that our love would triumph in the end. I did not hesitate for a moment in deciding to be patient and wait for him, and my family did not interfere in my decision, but encouraged and supported me,” Samara told Arab News.

“My story is one of thousands like it of women who suffer from the oppression of the occupation. In many homes, there is a wife or mother of a martyr or a prisoner,” she added.

Throughout her fiance’s imprisonment, Samara, an educational supervisor at Ministry of Education schools in the central West Bank city of Salfit, visited him whenever Israeli authorities allowed and helped him with university studies.

Thanks to her encouragement, Mukhader gained a master’s degree in Israeli studies, through Al-Quds University.

On his first night of freedom in 18 years, the couple stayed awake planning their wedding. “We want to use every minute to be together in our house after years of distancing and deprivation,” Samara said.

Mukhader said he would never forget his fiancee’s years of devotion and sacrifice. “If I offered her the world with what it contained, I would not fulfill her right. Palestinian women are always side by side with men paying the tax of occupation and injustice.

“But despite my joy in freedom and meeting Jinan and my loved ones, my heart is still with thousands of prisoners, my colleagues, who suffer oppression and injustice in the prisons of the occupation,” he added.

There are reportedly around 5,000 Palestinian detainees currently being held in Israeli jails, among them women and children, and Mukhader noted that conditions for inmates had worsened since the coronavirus disease (COVID-19) outbreak.

“The embrace of freedom again and liberation from the occupation prisons represents a new birth certificate for any prisoner,” he said. “Prisons are like graves, and time inside is slow and heavy. With the passage of years, the prisoner loses the ability to perceive the value of minutes and hours.”

He said his worst moment in jail was when he received news of his mother’s death. “I felt that the prison bars were being applied roughly to my heart.”

Once married, Mukhader plans to complete his higher studies and obtain a doctorate in political economy, before fighting for the freedom of former prison colleagues. World-Famous Madame Tussauds Set to Open its Doors in Dubai

Woman Fined in UAE for Calling a Man ‘Impure and Shameless’ 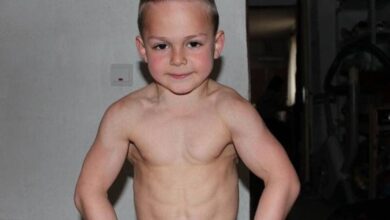 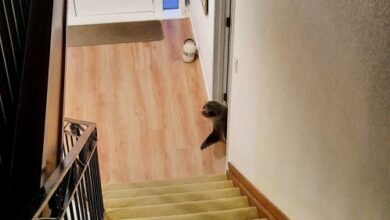