Afghan authorities are planning to rebuild a 13th-century Islamic teaching complex in Balkh province that once was home to one of the world’s most famous mystics and poets, Jalaluddin Rumi.

Rumi was born in the Balkh complex in 1207. The learning site, which comprised a mosque, monastery and madrasa for hundreds of disciples, belonged to his father, the theologian Bahauddin Walad, known by Afghans as Sultan Al-Ulema.

A few years after Rumi’s family left Balkh around 1210, the prosperous town northwest of the provincial capital, Mazar-e Sharif, was destroyed by Genghis Khan’s Mongols storming in from the northeast.

Work to rebuild Balkh took more than a century and the learning site remained in ruins. Centuries later, when billions of dollars of foreign aid began to reach Afghanistan following the ouster of the Taliban in 2001, the Kabul government came under fire for failing to restore Walad’s center.

However, restoration work is now due to begin in spring with the onset of warmer weather.

“With the revival of the monastery, we hope to introduce people to a lost treasure,” he said. “In addition to the monastery, there will be a museum, a studio for sama dance, a cultural salon, garden and library.”

The whirling dance of sama is associated with Rumi, whose followers practice it as a form of prayer and devotion.

Since Rumi lived most of his life in Anatolia, Turkey, and was buried in Konya, where his shrine became a place of pilgrimage, the Turkish government years ago pledged to help rebuild his father’s center, but the promise has not been fulfilled.

Matiullah Karimi, head of the information and culture center in Balkh province, said the $7 million cost of the restoration project will be covered by the Afghan government.

“A portion of a massive mud-built dome and four smaller ones are the only things left from the monastery,” Karimi told Arab News.

Amazing how thoroughly destructive the Mongols were in this part of the world. Merv too: one of the world’s largest cities on the eve of the conquest, it was completely uninhabited thereafter. https://t.co/P3NP8mpDEQ

“Restoring this monastery is important for safeguarding our cultural heritage and learning, and it will be good for the tourism industry as well,” he said.

For Afghan scholars, the restoration of the learning center will also help society at large.

“The advancement of a nation is not gauged by the rising buildings, long roads and wealth that do not promote knowledge and science, but by libraries, knowledge and centers like Walad’s, which was a source of hope for many,” Hashmatullah Bawar, a social sciences lecturer at Kabul’s Dunya University, told Arab News.

The appeal of Rumi, who in the 21st century is still considered one of the world’s greatest and also bestselling poets, reinforces the enthusiasm over the reconstruction of his father’s center.

“Humanist and mystical thought is badly needed in our current world, which has become a victim of violence and wars.” 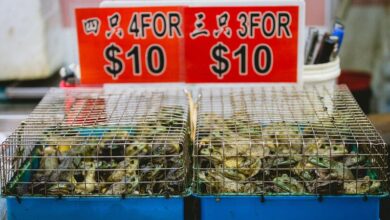 Roads of Arabia is a Saudi Exhibit For The World

Get Your Skates on and Fight Breast Cancer

No COVID Cases Among 24,000 Pilgrims After Makkah’s Grand Mosque Reopening