Libya’s Government of National Accord (GNA) Prime Minister Fayez al-Sarraj invited Turkey to turn Libya into an “Ottoman state,” alleged the speaker of the rival faction in Libya’s civil war in a visit to Egypt.

Aqila Saleh, the President of the House of Representatives for the Tobruk-based goverment affiliated with the Libyan National Army (LNA), said that al-Sarraj had opened the way for Turkey to convert Libya to an Ottoman state.

Al-Sarraj signed a controversial deal with Turkey’s embattled President Recep Tayyip Erdogan last month, seeking to create a commercial exclusive economic zone from Turkey’s southern Mediterranean shore to Libya’s northeast coast. Following the agreement, Turkey has sent soldiers to Libya to support the GNA in its fight against the LNA.

The two warring parties signed a ceasefire on Sunday, but subsequently accused each other of violating the agreement.

Saleh made his comments on a visit to Egypt, which reportedly backs the LNA. 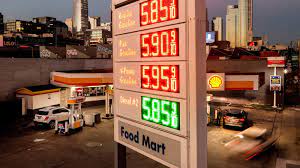