A fragment of linen from the wrap of a 2,300-year-old ancient Egyptian mummy matches a piece found in the US, revealing spells from the Book of the Dead.

The discovery joins two long separated pieces of an ancient shroud together virtually, one from the Getty Institute in California, the other from the University of Canterbury’s Teece Museum in New Zealand.

It helps solve part of a long-standing puzzle, allowing experts in ancient Egypt to read the text written on the bandages used to wrap a body in 300 BCE.

Experts were able to link the piece held in Christchurch with the one in Los Angeles after the Teece Museum digitised artefacts from its James Logie Collection.

The small fragment held in New Zealand is one piece of a set of bandages that were torn away from the remains of a man named Petosiris and spread worldwide.

Thanks to online collections, the ‘puzzle’ of the shroud is coming together, with fragments spread through public and private collections being virtually matched.

Experts say the adjoining pieces of the shroud depict scenes and spells from the Book of the Dead and including writing in Egyptian hieratic script from 300 BCE.

Woven of delicate, pale brown linen, the Logie Collection fragment is kept in storage but is available to scholars, researchers, and students of history and classics.

Classics Associate Professor, Alison Griffith, says there is a small gap between the two fragments, but despite that the scene and incantation ‘makes sense’.

‘It is just amazing to piece fragments together remotely,’ she said.

‘Egyptian belief was that the deceased needed worldly things on their journey to and in the afterlife, so the art in pyramids and tombs is not art as such, it’s really about scenes of offerings, supplies, servants and other things you need on the other side.’

In earlier periods, the Egyptians wrote directly on the walls of the tomb, however, in the later period they wrote on papyrus and the linen used to wrap bodies.

‘It is hard to write on material; you need a quill and a steady hand, and this person has done an amazing job,’ Associate Professor Griffith says of the fragment.

It includes images of butchers cutting up an ox as an offering, as well as men carrying furniture for the after-life.

There is also a depiction of four standard bearers with nome signs, the hawk, ibis and jackals, as well as a funerary boat with figures of goddess-sisters Isis and Nepthys on either side, as well as someone pulling a sledge with Anubis.

A similar scene occurs at the beginning of the copy of the Book of the Dead on the Turin Papyrus.

Dr Foy Scalf, Head of Research Archives at the University of Chicago’s Oriental Institute, shed more light on the story of the Logie Collection item after learning of its existence and confirming the match.

‘Your linen fragment is just one small piece of a set of bandages that were torn away from the remains of a man named Petosiris (whose mother was Tetosiris).

‘Fragments of these pieces are now spread around the world, in both institutional and private collections,’ he said.

‘It is an unfortunate fate for Petosiris, who took such care and expense for his burial. And, of course, it raises all sorts of ethical issues about the origins of these collections and our continued collecting practices.’

As views on the ethics of artefact acquisition have changed considerably, there is renewed interest in how artefacts have been collected, sold, and dispersed around the world, including to countries such as New Zealand.

‘That is a whole sub-field of museum studies around the world,’ Griffith said.

The Logie Collection fragment was purchased by Professor DA Kidd on behalf of the university in 1972 at a Sotheby’s sale in London.

How the fragments came to be separated, however, remains a mystery.

The virtual match of the two fragments has allowed for new translations of the script and further possible connections.

‘This shows how valuable our Logie Collection is for teaching and research as we are still able to make new discoveries about these objects. It also shows how valuable it has been to put our collection online,’ Terri Elder, curator at the Teece Museum, said.

Already a further potential match has been made with a fragment from the RD Milns collection, at the University of Queensland, Australia.

‘The story, like the shroud, is being slowly pieced together,’ Elder says. 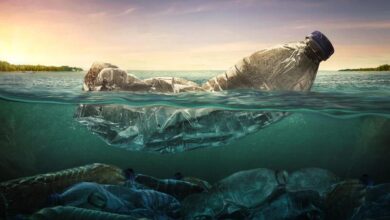 Dinosaurs Once Lived Underwater in The Sahara Researchers Find