Libya’s warring leaders did not meet officially during indirect peace talks held in Moscow on Monday, the Interfax news agency cited a member of the Russian delegation, which mediated the talks together with Turkey, as saying.

Fayez al-Sarraj, who heads the UN-recognized Government of National Accord (GNA), signed a ceasefire agreement at the talks.

Khalifa Haftar, the eastern commander whose Libyan National Army (LNA) forces have been fighting troops of the GNA, asked for more time to consider the ceasefire.

It is now divided between the GNA and rival authorities based in the country’s east.

Al-Sarraj is fighting a civil war against an alternative government based in the eastern city of Benghazi whose forces are led by Haftar. 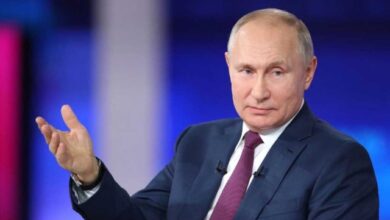