Libya’s warring sides said on Friday they had reopened the main coast road across the frontline, a key element of a ceasefire they agreed last year that has involved months of negotiations.

The UN-backed 5+5 committee drawn from commander Khalifa Haftar’s eastern-based Libyan National Army (LNA) and western-based forces that have supported Tripoli-based governments said in a statement the road was open from 0900 GMT.

It was not open to military traffic, the committee said, and the agreement also included some preparatory steps for the withdrawal of foreign fighters, another part of last year’s ceasefire that has still to be implemented.

The slow progress in opening the road has reflected other stumbles in the UN-backed effort to resolve Libya’s long conflict with a ceasefire, a unity government, proposed elections and moves to unify economic institutions.

The Government of National Unity (GNU), picked through a UN-aided process early this year and then ratified by the divided, eastern-based parliament, took office in March.

However, since that point there has been little agreement on key steps forwards including on a constitutional basis for the elections scheduled in December and for the GNU’s budget.

Critics of parliament speaker Aguila Saleh, allied with Haftar during his 2019-20 assault on Tripoli, regard the delays as evidence that eastern-based forces are attempting to sabotage the process.

Saleh and his allies in eastern Libya meanwhile accused the GNU of becoming “a Tripoli government” and blamed it for the failure to unify institutions.

Last week Saleh warned that a failure to hold elections meant another rival administration could be set up in the east. 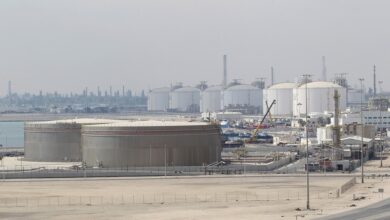