Libyans staged a protest against Turkey’s intervention in the country in the city of Benghazi on Sunday.

Images and footage showed crowds in Bengahzi’s al-Keesh square, with banners depicting the face of Turkish President Recep Tayyip Erdogan with a cross over his face.

According to Al Arabiya, demonstrators chanted against foreign “occupation.”

Photos showed people holding signs saying “Libya did not and will not bow to the Turkish regime” in Arabic and “Not for colonization No to Turkish intervention.” 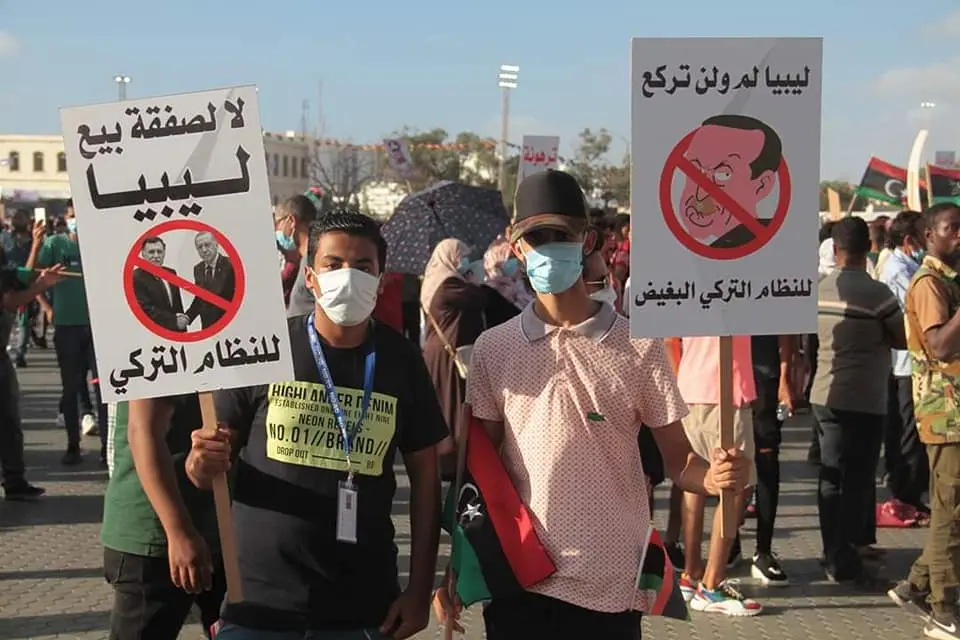 Turkey supports the Government of National Accord (GNA) in its conflict with the Libyan National Army (LNA).

According to sources, Ankara and the GNA signed a military alliance on Saturday, following an earlier economic deal giving Turkey maritime rights to vast swathes of the eastern Mediterranean. 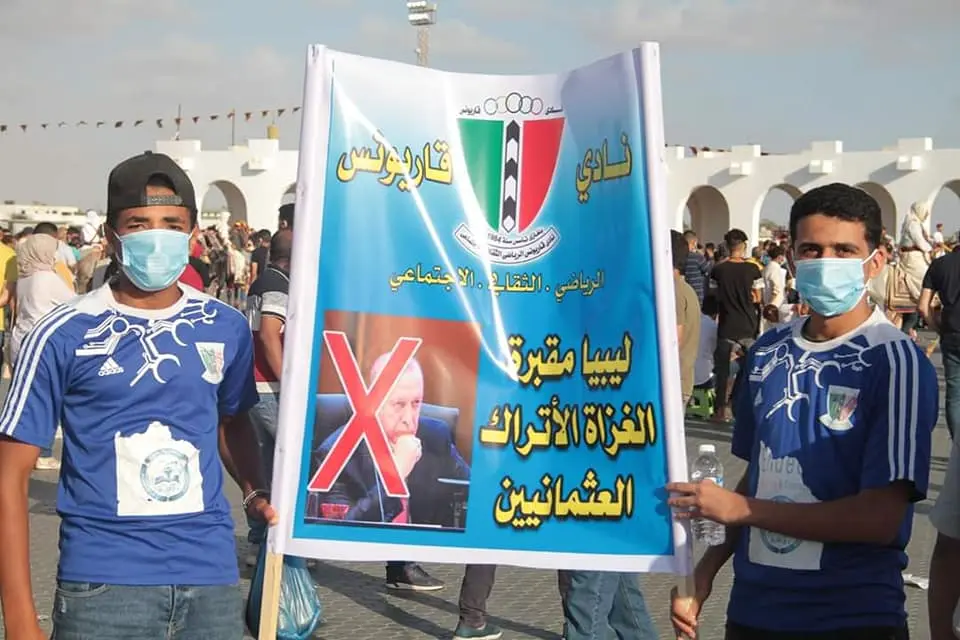 Backed by Syrian mercenaries sent to Libya by Turkey, the GNA has taken ground against the LNA over recent months and now poses a threat to the strategic city of Sirte and the Al Jufra airbase.

Benghazi remains a stronghold of the LNA, which is backed by the Tobruk-based Libyan parliament and foreign countries including Egypt, Russia, France and the United Arab Emirates.

Turkey withdrew a substantial number of its garrison at the Watiya base after suffering material losses in the attack, according to an LNA official and local sources who spoke to Al Hadath.

An anonymous Turkish military source confirmed to Al Arabiya that it had suffered shelling and material losses from the strike, but did not specify any casualties.

LNA officer Brig. Khaled al-Mahjoub, the director of its Department of Moral Guidance, told Al Arabiya on Sunday that Turkey had suffered significant losses in military equipment in the attack, and that more attacks would be carried out against the base soon.

“We are in a real war with Turkey, which has oil ambitions in Libya, said al-Mahjoub.

Incoming US President Biden may differ with Israel’s Netanyahu on Iran, settlements