The United States embassy in Libya has announced President Donald Trump and his Turkish counterpart Recep Tayyip Erdogan discussed in a phone call the steps necessary to achieve a demilitarised zone in central Libya.

The two leaders also addressed ways to achieve a complete withdrawal of foreign forces and mercenaries from Libya, and stressed the need to enable the National Oil Corporation to resume its vital work.

The phone call was followed by a visit from US Ambassador Richard Norland to senior Turkish officials in Ankara, where they discussed “the urgent need to support Libyan voices genuinely seeking an end to the conflict and return to UN-facilitated political dialogue, with full respect for Libya’s sovereignty and territorial integrity”, the US embassy said in a statement on Wednesday.

Earlier in the week, Norland was in Egypt’s capital, Cairo, where he discussed with Egyptian officials ways to bring peace to the war-torn North African nation. He also met Tobruk-based Speaker of the House of Representatives Aqila Saleh.

Oil-rich Libya was plunged into chaos when a NATO-backed uprising in 2011 overthrew longtime ruler Muammar Gaddafi, who was later killed. The country has since split between rival east- and west-based administrations, each backed by militias and foreign governments.

In April 2019, the eastern-based forces of renegade military commander Khalifa Haftar launched an offensive to seize the capital, Tripoli, from the internationally-recognised Government of National Accord (GNA).

But Haftar’s 14-month campaign collapsed last month when the GNA forces, with Turkish support, gained the upper hand, driving his forces from the outskirts of Tripoli and other western towns. The GNA’s military success depended partly on Turkish-supplied drones that pushed back Haftar’s self-styled Libyan National Army (LNA) from Libya’s skies.

While the GNA is supported by Turkey, Haftar’s LNA is backed by Egypt, the United Arab Emirates (UAE), and Russia.

Amid rising tensions, neighbouring Egypt threatened to send troops into Libya if the Turkish-backed GNA forces try to seize the strategic city of Sirte – the gateway to Libya’s eastern oilfields.

Last month, the Egyptian parliament gave a greenlight for possible military intervention, but Turkey warned any Egyptian deployment in Libya would hamper efforts to end the fighting. 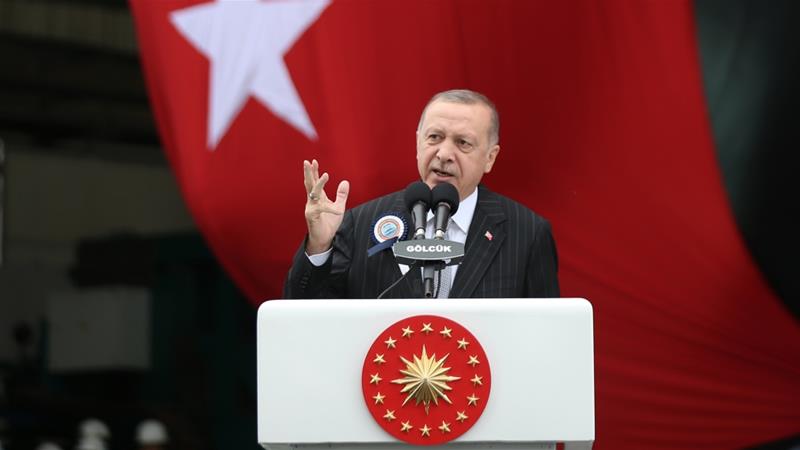 Saudi Arabia’s Riyadh Metro to be partially opened before end of year: Authorities