The One Direction star has reportedly called time on his romance with 19-year-old Maya, whom he had been dating since 2019, after the pair took time to “re-evaluate exactly what they want” and realized they were better off as friends.

A source told The Sun newspaper: “Things between Liam and Maya had been rocky recently and they eventually decided to call it a day.

“He was extremely busy at the end of last year and when he eventually stopped, they were both able to re-evaluate exactly what they want.

“They decided to go their separate ways but he isn’t moping and wants to put it behind him.

“He has been telling people he is single and is looking to the future.”

Liam, 26, hadn’t been spotted with Maya since December, but previously insisted the beauty was his “best friend”.

He gushed: “I’ve found someone who’s genuinely my best friend. She’s just so relaxed about everything and someone who’s completely got your back with everything is just the wildest thing. I don’t think I’ve ever really experienced that before in someone so it’s quite a wonder to watch actually.”

The ‘Strip That Down’ hitmaker – who has two-year-old son Bear with his former partner Cheryl – admitted that dating in the spotlight has been “really hard” for him, but he’s now come to the realization that his fame isn’t worth “sacrificing [his] happiness” for.

He added: “For the longest time, living such an exposed life made dating really hard. I’m kind of at the place in my life now where I just realize it’s not worth sacrificing my happiness just because somebody might see something. I don’t have anything to hide, so I’m really happy right now and things are good.”

Britney Spears Refuses to Talk to Her Mother 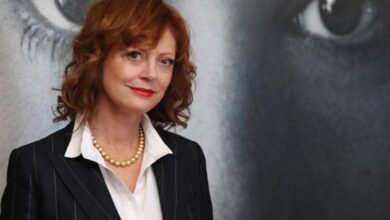