Piquet, 69, used a racial slur when referring to Hamilton while commenting on the driver’s British Grand Prix crash with Max Verstappen on the opening lap last year. He also said Hamilton had “played dirty” in the incident.

Piquet’s daughter Kelly is Verstappen’s partner, and the comments resurfaced as the drivers prepare to return to Silverstone this weekend.

“It’s more than language. These archaic mindsets need to change and have no place in our sport,” Hamilton, who was recently awarded honorary Brazilian citizenship and is the sport’s only Black driver, said on Twitter.

“I’ve been surrounded by these attitudes and targeted my whole life. There has been plenty of time to learn. Time has come for action.”

“Discriminatory or racist language is unacceptable in any form and has no part in society. Lewis is an incredible ambassador for our sport and deserves respect,” Formula One said.

Mercedes said Hamilton was “a true champion of diversity on and off track”, while FIA expressed solidarity and support for the Briton’s “commitment to equality, diversity and inclusion in motor sport”.

Does Lindsay Lohan Have New Boyfriend After MBS’s Affair Rumors? 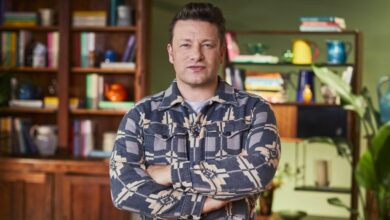 Jamie Oliver: I’m not a fan of cookery competition shows