After the initial panicked scramble to close the doors of Saudi cinemas on March 11, movie theaters are making a partial comeback, with two of the Kingdom’s three major players now taking ticket bookings and operating with limited capacity.

Vox Cinemas and Muvi Cinemas are both open for bookings again, while AMC Cinemas has yet to announce a date for reopening. Majid Al-Futtaim, the parent company of Vox, announced on Sunday that its cinemas, as well as its Little Explorers, Magic Planet and Yalla! Bowling locations had reopened across the Kingdom following the recent government directive from the General Commission for Audiovisual Media.

Mohamed Al-Hashemi, the country manager of Majid Al-Futtaim Ventures, said that the Vox team had been working hard to ensure that safety procedures were strictly in place, based on government direction and customer feedback.

“We will ensure a best-in-class experience in the Kingdom across our experiences with health, safety and customer satisfaction at the core of our reopening plans,” he said.

Muvi’s theaters are also operating with a limited capacity and guests are only allowed to use contactless payments.

The government’s new regulations mean that cinemas will only operate at 30 percent capacity in order to make sure social distancing requirements are met, with vacant seats between each guest.

Cinemagoers will also have to adhere to social distancing policies, continue to wear masks in public places, and have their temperatures checked when entering malls.

Although reactions to the announcements have been mostly positive online, some have continued to voice concerns over how safe it is to be visiting a cinema, given the continued lack of a cure or a vaccine against COVID-19.

College student Dalal Al-Dakheel said that cinema reopenings were a sign she had been waiting for to know that things were okay. “Lockdown was so hard for me,” she told Arab News. “I hated every minute of being forced to stay home, because being trapped in the same space with nothing to do but wait was agonizing, and my anxiety was so bad all the time. I feel like this is the first step toward going back to normal life again.”

Al-Dakheel, who bought tickets the moment they were made available again, said that she knew people might call it irresponsible, but that she also could not continue to live in fear.

“I can sit in my house all day waiting, or I can go out, carefully, following all the safety procedures, and keeping myself safe and responsible. Either way, I might get it, or I might not. But I can’t live in constant fear anymore,” she added.

Office worker Abeer Alonaizi, on the other hand, said that while she was happy to see cinemas reopen, she was not that desperate to head there right away.

“I’m sure they’re being very safe, but I think I’ll wait a week or two to see what this reopening does for case numbers before I venture out again,” she told Arab News. “We all want life to go back to normal, but rushing it is just going to do everyone harm. We have to be cautious.” 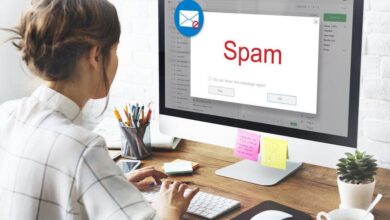