Lebanon’s Caretaker Energy Minister Walid Fayad on Wednesday extended the country’s second oil and gas licensing round for eight remaining blocs until December 15, a statement from the ministry said.

The statement said the decision was taken “based on the recommendation of the Lebanese Petroleum Administration” and would “create an acceptable level of competition among international oil and gas companies.”

The head of the Lebanese Petroleum Administration Walid Nasr did not respond to requests for comment on the decision.

A source with close knowledge of the bidding process said the extension was granted because Lebanon had received no applications.

“It was expected, and we weren’t shocked given the political situation and the maritime issues,” the source said.

Lebanon is locked in a dispute with Israel over its maritime borders that escalated in recent weeks following the arrival of a vessel operated by London-based Energean off the Mediterranean coast on June 5 to develop a gas field known as Karish.

Israel says Karish is part of its exclusive economic zone, but Lebanon claimed the field is in contested waters and should not be developed until the two countries conclude their indirect talks to delineate their maritime borders.

They did not find a commercially viable amount of hydrocarbons in Bloc 4, off the coast of Beirut. Planned drilling in southern Bloc 9 has been postponed.

The second licensing round was initially approved in April 2019 in just two blocs but has been postponed several times, including in 2020 due to the COVID-19 pandemic, and was set to end on Wednesday.

Wednesday’s statement said the most recent postponement would “make room for additional companies not currently operating in Lebanese waters” to take part. 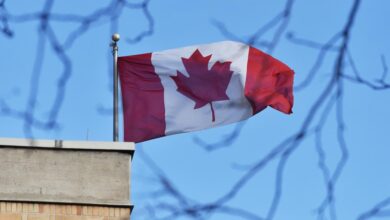