Lebanon’s President Michel Aoun was due to convene the country’s top security council on Monday after days of angry protests over a deepening economic crisis.

Hundreds of demonstrators clashed with security forces at the weekend across the Mediterranean nation whose currency has collapsed amid the worst financial crisis since Lebanon’s 1975-1990 civil war.

Relative calm returned on Sunday evening, with protesters holding a peaceful rally in Beirut while dozens marched to a central square in the northern city of Tripoli, AFP reporters said. 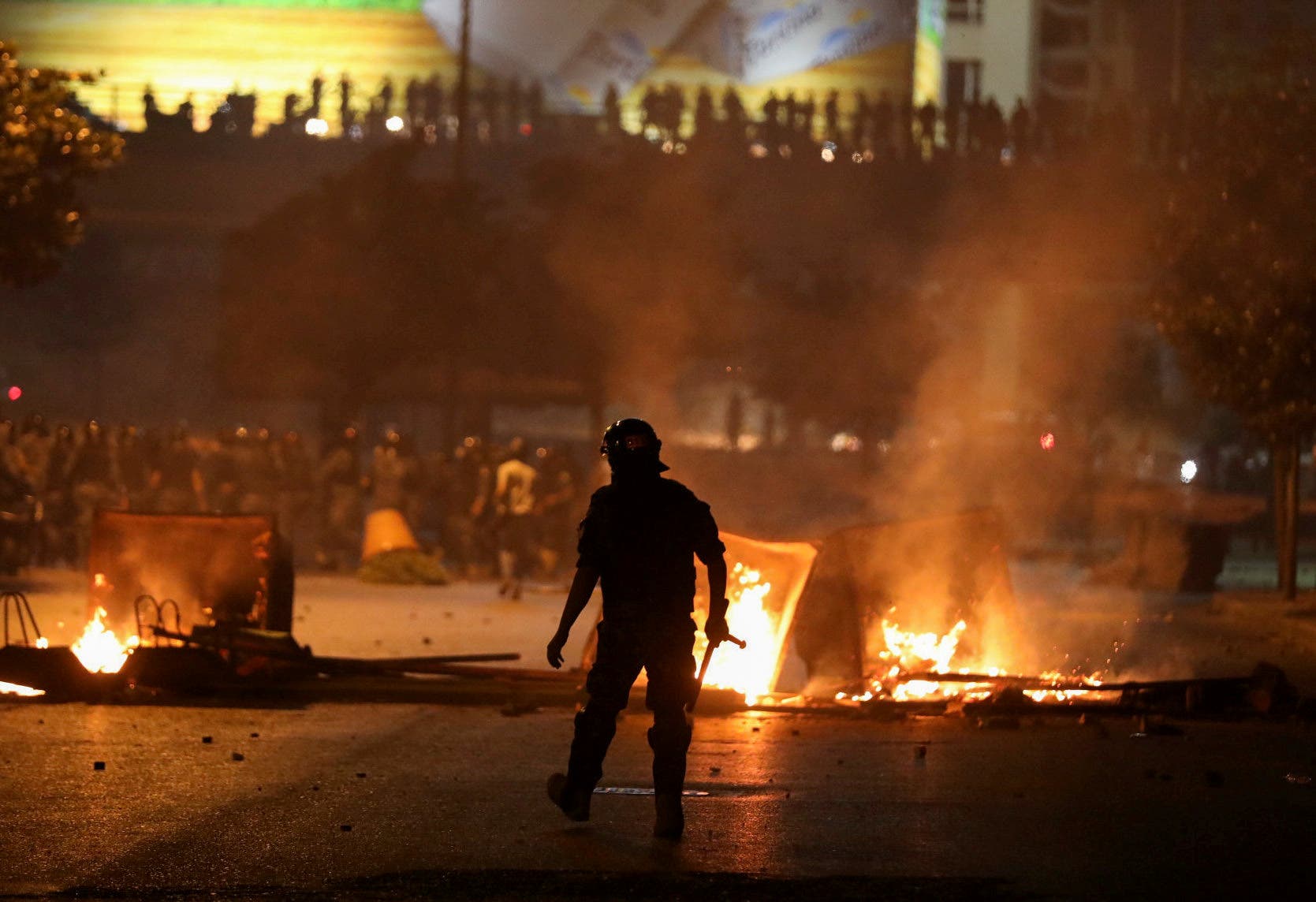 That came after three nights of violence in which demonstrators, angered by sky-rocketing prices and the government’s apparent inability to tackle the crisis, had blocked highways and scuffled with security forces.

The latest wave of demonstrations come almost eight months after the start of a mass protest movement over Lebanon’s crumbling economy and perceived official corruption.

The Lebanese lira plumbed new lows on Thursday, hitting 5,000 to the dollar for the first time.

The purpose is not to allocate USD but to suck ever dollar back to BDL. This will continue until banks get a major injection of liquidity either through IMF, Eurobond settlement, haircuts or just force some banks to default for some debt relief.https://www.scmp.com/news/hong-kong/hong-kong-economy/article/3086782/rush-us-dollars-hong-kong-forces-money-changers …

protesters poured into the streets. The numbers are a surprise, particularly after divisive, violent rallies last week. late night road blocks at multiple intersections in Beirut. Most angry at dollar spike, many calling for government to resign. #lebanon back on the streets.

The next day authorities vowed to pump greenbacks into the market to limit the rout. A Beirut money-changer told AFP on Monday that the dollar was selling for 4,200 liras.

Aoun’s office announced he was due to discuss the latest developments with the country’s top security body including ministers and military officials on Monday afternoon.

“President Aoun will convene the High Defence Council on Monday afternoon to study the security situation after the latest developments,” his office said on Twitter.

Lebanon’s economic crisis, which has led to soaring unemployment and forced the country to default on its sovereign debt for the first time, has sparked an outpouring of anger at a political elite seen as incompetent and nepotistic.

The government has put together a reform package to relaunch the economy and is in talks with the International Monetary Fund to attract desperately needed financial aid.

Inflation is expected to top 50 percent this year, in a country where 45 percent of the population live under the poverty line and over a third of the workforce are out of jobs.

The economy has been hit hard by years of war in neighboring Syria.

But the UN World Food Programme in statement said it had sent the convoy of 39 trucks carrying food aid bound for the war-torn country.

Cambodia’s democratic dream in shreds 30 years after Paris accord Young Egyptian woman killed by ex-fiance for breaking up with him: Report