Heavy dollar shortages, increasing hoarding behavior by Lebanese, continuous currency outflows to Syria, as well as restrictive measures imposed by the central bank and the government, have created a chaos in the foreign exchange market.

The local currency has seen sharp devaluation over the past months. While the official exchange rate remains set at 1,507 lira to the dollar, the rate to buy dollars has hit 8,900 and to sell them, the rate hit 9,200 at around noon Wednesday. Days ago, the unofficial rate was 8,600 lira to the dollar, according to the app Lira. The country is suffering from a severe shortage of foreign currency, namely dollars needed to pay for imports.

“We really do not know whether it’s a heavy decline of the supply side or an expansion of the demand side. But it is definitely making imports more complicated because the central bank can only ensure 10-15 percent of our cash needs, while money changers provide us with another 20 percent, while finally less than a third of our needs comes from the black market,” said Hani Bohsali, president of the Syndicate of Importers of Foodstuffs, Consumer Products and Drinks.

Lebanon is reliant on imports for the majority of its needs, including around 80 percent of its food.
Challenges faced by Bohsali and other Lebanese traders resulted from a series of circulars issued by the central bank in an attempt to tamp down inflation. Last month the central bank set a maximum price of 3,200 lira for the dollar which triggered a strike by the syndicate of money exchange houses. The price has been has been raised this month to 3,850 lira for the dollar.

Recently, money changers have been arrested and imprisoned, including the head of the syndicate, for not respecting the central bank’s pre-determined market rates. Other shops have been forced to close.

“The various circulars have created five different dollar to Lebanese pound market rates: the official one applied by the central bank, another one applied exceptionally by commercial banks for small amounts of money that clients can withdraw monthly, another applied by international money transfers, and the black market one [for] sale and purchase,” said Bahaa, a currency changer from the Bekaa who spoke on a first name basis, out of fear of being prosecuted.

Another money changer, Mohamad, said the low rate imposed by the central bank does not match the very high market demand and has pushed most people to resort to the black market. Mary Chamaa, a private individual who receives dollar transfers on a regular basis from her husband who lives abroad has stopped selling her dollars through money changers.

“They offer me a low rate. I can go instead to any trader or to friends who will give a much higher rate instead, and that is what I have been doing lately. I sold $1,000 last week. In an hour I had three clients, with each trying to give me a better deal.”

Mohamad underlines that such behavior is what is driving the black market continuously higher, which leads to more chaos. Nassib Ghobril, chief economist at the Byblos bank explained that the deep confidence crisis reigning in Lebanon is pushing more people to hoard dollars and estimates that over $7 billion are held in cash by people in their homes, adding that deposits in banking sectors declined by $25 billion from September 2019 to the end of April 2020 alone, with people rushing to close the totality of their loans or withdraw their cash due to uncertainty.

Complicating the situation, is Syria’s large dependence on Lebanon’s market for goods and fresh money. In the last few years, Lebanon has supplied subsidized fuel and flour to Syria, which has only further depleted Lebanon’s foreign currency reserves.

“We are basically providing currency needed for two markets – Lebanon and Syria,” said Bahaa. Money changers Al Arabiya English spoke to attributed the large devaluation in the Lebanese pound in March to transfers to Syria. But other factors, including a slowing of remittances and deposits from abroad, as well as a long-running deficit in the electricity sector, have also heavily contributed to Lebanon’s problems.

“We are not talking of a few hundred dollars sent by Syrian workers but of millions, such operations don’t take place in Lebanon without significant political backing,” said Mohamad who does not think the Lebanese pound devaluation is ending any time soon or that transfers to Syria will stop soon. 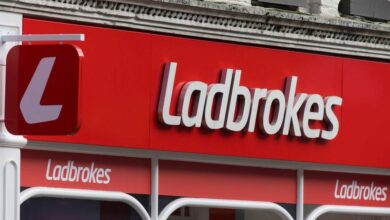 US eyes restricting chip manufacturing equipment and other exports