Lebanon’s General Security chief Abbas Ibrahim is in Washington for several issues related to US hostages in Syria, with reports suggesting he may have new information on journalist Austin Tice.

“He was invited by the family of Sam Goodwin who wanted to thank him for his efforts in securing their son’s release from Syria,” a senior diplomat told Al Arabiya English. 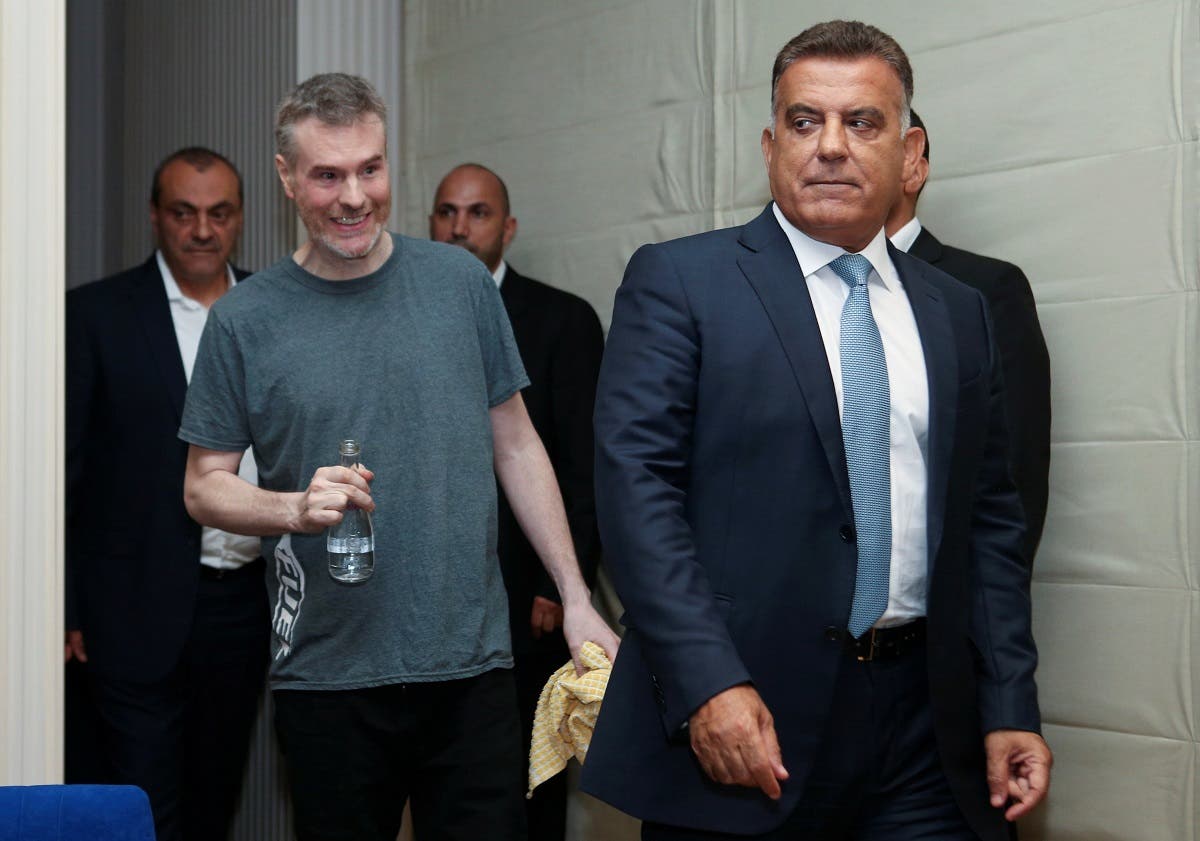 Canadian citizen, Kristian Lee Baxter, who was being held in Syria, walks next to Major General Abbas Ibrahim, Lebanon’s internal security chief, after being released, in Beirut. (Reuters)

Ibrahim is no stranger to negotiations on hostages. He shuttled back and forth in 2019 between Beirut and Tehran to help facilitate the release of Nizar Zakka, a Lebanese citizen who is also a permanent US resident.

Iran’s Islamic Revolutionary Guards Corps (IRGC) kidnapped Zakka in 2015 in Tehran after receiving an official invite from the state for a conference.

On Thursday night, the NSC tweeted a picture of National Security Adviser Robert O’Brien meeting with Goodwin’s family in Washington. O’Brien said the US remained “committed to those still held captive.”

However, on Friday, Lebanese and Arab media reports suggested Ibrahim was also carrying new information to the US administration on Austin Tice, an American journalist who was captured in Syria in 2012.

US President Donald Trump has previously said that Tice was still alive.

The Trump administration and the State Department were unable to comment on Ibrahim’s visit.

An official Lebanese source confirmed to Al Arabiya English that Ibrahim was invited by Goodwin’s family to Washington.

“He will also have meetings with officials while he is in Washington, but he was not dispatched by the Lebanese state,” the source said.

The source added that Ibrahim would likely discuss US prisoners in the region, considering his background and close ties with several security agencies in the Middle East. US sanctions on Iran’s oil, banks would be lifted: Iran negotiator