Lebanon is waiting for bondholders to decide whether they will cooperate in a debt restructuring or pursue legal action against the country following its move to suspend a foreign currency debt repayment, the economy minister said on Monday.

Raoul Nehme told Reuters he did not yet have a sense of what choice investors would make but expected it would take “a few weeks” for them to decide. Lebanon aimed to restructure its debt “once and for all”, he added.

Lebanon’s dollar bonds tumbled to record lows of as little as 17.5 cents in the dollar on Monday as worries about a protracted dispute with creditors mounted.
Lebanon announced on Saturday that it could not meet its debt obligations and suspended repayment of a $1.2 billion Eurobond that matures on Monday, saying critically low foreign currency reserves were needed for essentials.

That leaves the country on course for a sovereign default as it grapples with a financial crisis that is seen as the biggest threat to its stability since the end of the 1975-90 civil war. 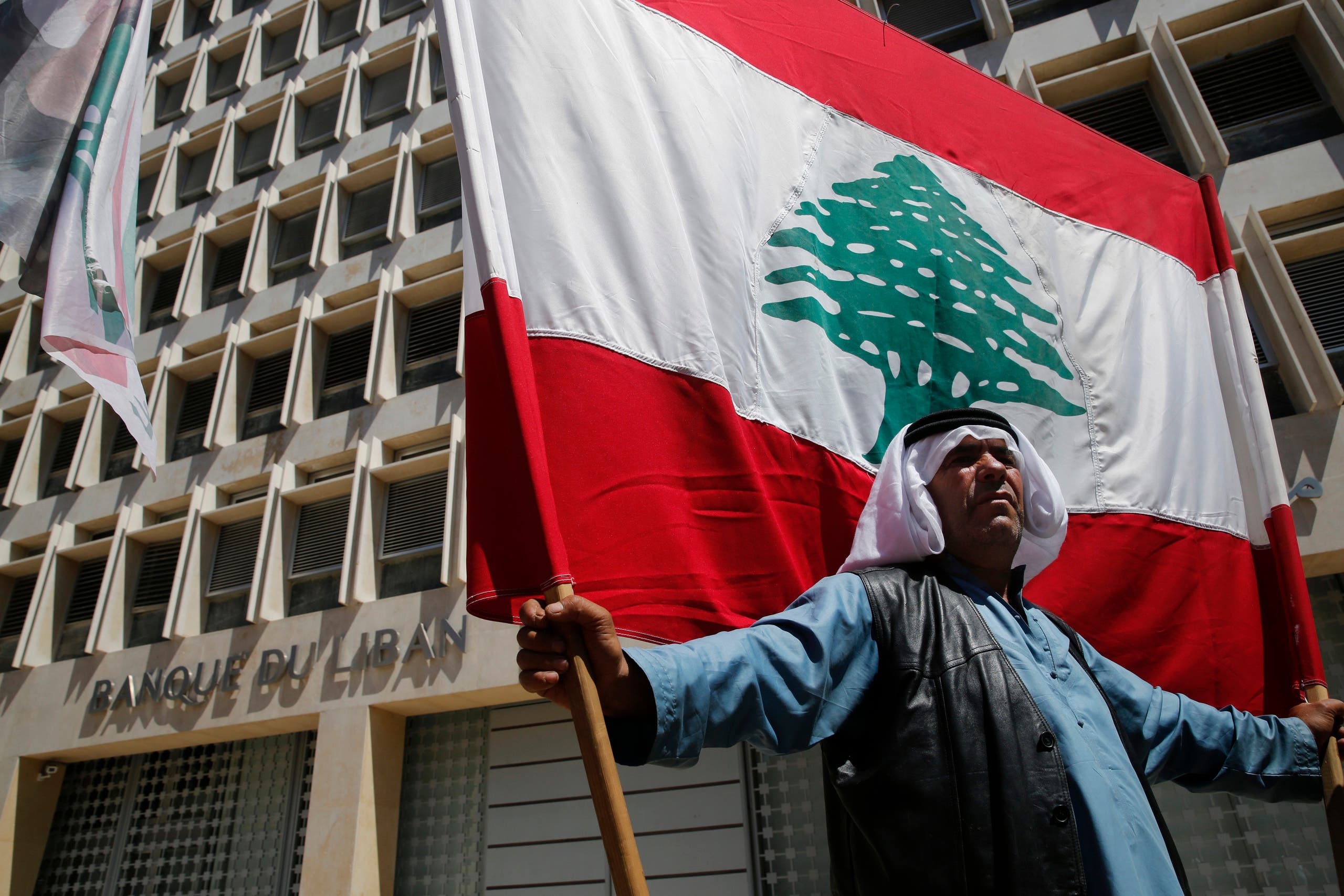 A retired Lebanese soldier holds a national flag, during a protest in front the central bank headquarters, in Beirut, Lebanon, Monday, May 13, 2019. (AP)

“We are proposing to them to work hand-in-hand to find a solution, which is always better than litigation,” Nehme told Reuters in a telephone interview. “But it is their choice to decide whether to cooperate or to go legal.”

“The banks in Lebanon have announced they would like to cooperate and not to go legal, and we understand they are speaking with other bondholders in order to convince them to cooperate and to come to the negotiating table,” he said.

As the Lebanese government has few assets outside the country, Nehme said any court action would be about applying pressure rather than recouping “any real amount”.

“Now they can always go and sue and try and seize assets … but it will not work, legally speaking,” he said.

“The laws in New York and other countries are very clear — immunity of government assets that are used for government purposes and of central banks’ (assets) as well.”