A Lebanon prosecutor has summoned central bank chief Riad Salameh for questioning next month over graft allegations, the latest of several cases brought against him, a judicial source told AFP Monday.

Riad Salameh, one of world’s longest-serving central bank governors, is facing a spate of allegations, including from Switzerland, France and Britain, over suspicions of money laundering, embezzlement and fraud.

Lebanon opened a local probe into Salameh’s wealth in April, after the Swiss attorney general requested assistance in an investigation into more than $300 million which Salameh allegedly embezzled out of the central bank with the help of his brother — a charge Salameh has repeatedly denied.

The decision to interrogate the central bank governor is “based on information coming from Lebanon and abroad,” the source added, saying the probe overlaps with similar investigations in other countries.

The accusations brought against Salameh came as Lebanon grapples with an economic crisis branded by the World Bank as one of the worst since the mid-19th century.

Critics at home have blamed Salameh’s monetary policies for the financial crash but there have been no serious calls for his removal from a ruling class accused of benefiting from his central bank schemes.

After Switzerland opened its probe, France launched a similar investigation into charges of aggravated money laundering in May.

The inquiry was prompted by complaints filed by Swiss foundation Accountability Now, France’s Sherpa anti-corruption NGO, and the Collective Association of Victims of Fraudulent and Criminal Practices in Lebanon, set up by savers devastated by the economic crisis.

Salameh has repeatedly denied any wrongdoing. 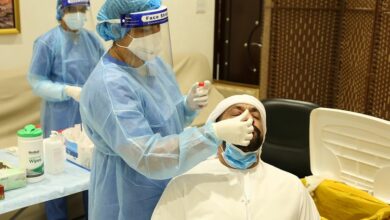 UN chief: prospect of nuclear conflict back ‘within possibility realm’ over Ukraine