Lebanon’s Prime Minister Najib Mikati said on Monday he would not seek re-election in a parliamentary election scheduled for May 15.

The statement, made in a television address, throws Sunni Muslim politics in Lebanon into deeper disarray two months from a vote seen as important for reinvigorating public life in Lebanon in the third year of a financial crisis.

It follows an announcement by ex-Prime Minister Saad Hariri in January that he would withdraw from politics and that his Future Movement, which now has some 20 members of parliament, would not field candidates.

Hariri is the top Sunni politician in a country where a power-sharing agreement dictates the prime minister must always be Sunni, the president a Maronite Christian and the parliament speaker a Shia Muslim.

All seats in Lebanon’s 128-member legislature are also allocated by religious sect, with 27 seats set aside for Sunnis – most of which are now up for grabs.

While announcing he would not run, Mikati called on Lebanese to turn out to vote and said his move aimed to “provide room for the new generation.”

Hariri’s withdrawal from politics followed years of strained relations with former regional backer Saudi Arabia over what the Gulf Arab kingdom perceived as his weakness in the face Lebanon’s Iran-backed Hezbollah, which has growing influence in the country.

His decision had raised concerns about a potential boycott of the vote by Sunnis that could undermine the electoral process, though a number of other Sunni candidates are in the running. 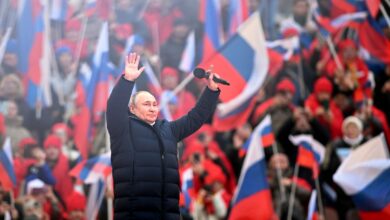