Lebanon and Japan have about 40 days to decide whether ousted Nissan boss Carlos Ghosn will be extradited to Japan or stand trial in Lebanon, a judicial source and a source close to Ghosn said on Thursday, following his escape from Japan last month.

Ghosn fled to Lebanon, his childhood home, as he was awaiting trial on charges of under-reporting earnings, breach of trust and misappropriation of company funds, all of which he denies.

Japan and Lebanon have no extradition agreement and Lebanon does not typically hand over its nationals. Ghosn’s legal team is hoping to hold the trial in Lebanon, where the former auto executive enjoys deep ties and hopes to clear his name.

Japan has in recent days asked Lebanon to clarify what files Tokyo needs to send as part of an official extradition request, the two sources said.

“They came back and requested a clarification. Today, we sent that to the Japanese,” the judicial source said.

That communication is significant because, according to Interpol rules on due process, it triggers a 40-day period by the end of which agreement must be reached between the countries on where and how Ghosn will stand trial, the sources said.

The source close to Ghosn said Japan must now either send a formal extradition request to Lebanon or send Ghosn’s file to Beirut and agree on a process for trying him there.

Ghosn, who holds Lebanese, French, and Brazilian nationality, was questioned earlier this month by Lebanese prosecutors who imposed a travel ban as part of the Interpol arrest warrant process.

Japanese prosecutors have said they are still pushing for Ghosn to be tried in Japan.

Ghosn has struck out at what he has called Japan’s unjust judicial system and said the alternative to fleeing would have been to spend the rest of his life languishing in Tokyo without a fair trial. 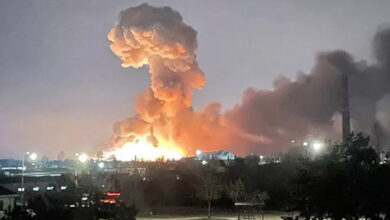