Lebanon is “out of gas,” and Iran-backed Hezbollah exploits the dysfunctional form of government in the country to its advantage, a senior American official told US senators on Thursday.

“Hezbollah is in that position largely because of their monopoly of arms,” which is why the US continues to support the Lebanese army as a counterforce to that, David Hale, the number three official at the State Department said.

Hezbollah can also call upon non-Shia allies in the government to get a parliamentary majority, Hale told the Senate Foreign Relations Committee, in an apparent reference to the Free Patriotic Movement that was formed by current Lebanese President Michel Aoun.

Hale, the Under Secretary of State for Political Affairs, suggested early parliamentary election could “potentially” result in a different group of lawmakers “that would shift toward more reform-minded and moderate forces in Lebanon.”

Asked about what the US could do to help Lebanon from complete collapse and becoming a failed state, Hale said the next Lebanese government would need to prove that it is transparent. One example is the rebuilding the Port of Beirut, which was decimated after the Aug. 4 blasts.

“Are they going to make sure that it is transparent and Hezbollah and other factions do not have unfettered access to do whatever they want?” Hale asked.

But the core problem in Lebanon is Hezbollah distortion of the country, the US diplomat said, adding that boosting US allies in Beirut was one of the strategies to countering the Iran-backed group.

“The country’s basically out of gas,” Hale said. 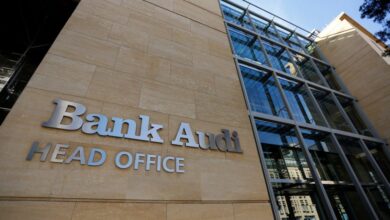