One year ago today, a US drone strike inside Iraq killed one of Iran’s most powerful military officials, Islamic Revolutionary Guard Corps (IRGC) Commander Qassem Soleimani, in what Washington said was a response to increased attacks on its interests in the region.

American embassies and forces have been on high alert in the weeks leading up to the one-year anniversary of the strike that killed Soleimani and deputy commander of the Iran-backed Popular Mobilization Units (PMU) in Iraq.

Meanwhile, Iran and its regional proxies have upped their rhetoric and threats against any military action that US President Donald Trump might order in the waning days of his presidency.

Posters of the two slain commanders were plastered over the southern suburbs of Beirut as pictures of the two men were waved throughout Iraq at the weekend.

Statues and memorials were erected in various parts of the two countries as well.

Countries in the region where Iran has a heavy foothold, including Lebanon and Iraq, now look on in despair.

In a no holds barred approach, the US announced late Sunday a reversal of its decision to withdraw the aircraft carrier USS Nimitz from the Arabian Gulf. 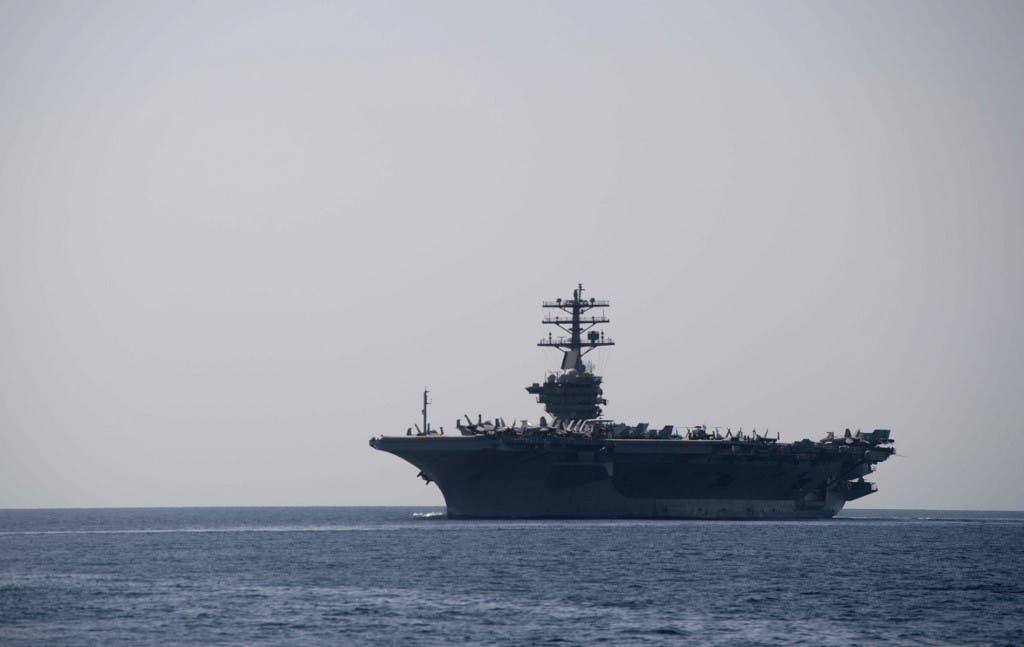 Washington’s B-52 bombers have made multiple overflights in the region in recent weeks as well in a bid to deter Iran from any potential attacks.

Iran-backed Hezbollah in Lebanon and Iraq’s PMU repeatedly state their readiness to defend Iranian interests in the face of what they say are US threats.

“This place [Lebanon] is in shambles, there is no state here and there is not much we can do to stop any potential fighting from breaking out between the US and Iran on our land,” a senior Lebanese official source recently told Al Arabiya English.

Over the weekend, Hezbollah fighters donned their Battle Dress Uniforms during a ceremony held in south Lebanon near the border with Israel to commemorate Soleimani and al-Muhandis.

Hezbollah’s leader, Hassan Nasrallah, spoke of Iran’s military readiness to respond to the US “whenever it deems proper.”

He was also forced to play down comments made by a senior IRGC figure, after the latter’s remarks were indirectly criticized by Lebanon’s president and more bluntly by several Lebanese politicians.

Speaking to Hezbollah’s Al-Manar TV station, the IRGC official said that missiles in Lebanon were part of Iran’s conflict with Israel and that Lebanon’s strength was a result of Iran’s support.

Shortly after, Lebanese President Michel Aoun tweeted that the Lebanese people have no partner in maintaining their independence. Aoun added that no one was a partner in ensuring Lebanon’s sovereignty “on its borders, its land and freedom in decision-making.”

The president did not specify who or what he was responding to.

The Iranian general, Amir Ali Hajizadeh, also threatened Gulf nations who “[support] Israel,” that they would not be outside the scope of “repercussions” of any potential US attack on Iran.

Gulf states, led by the United Arab Emirates and Bahrain, made history late last year after normalizing ties with Tel Aviv. Sudan and Morocco followed suit. The moves were heavily criticized by Iran, which claims to be a proponent of defending Palestine’s right to an independent state.

But during his televised speech on Sunday, Nasrallah claimed that Lebanese media outlets incorrectly paraphrased Hajizadeh’s comments and alleged that Washington was paying Lebanese outlets to air anti-Hezbollah content.

Nasrallah did not clarify or refer to Hajizadeh’s threats against Gulf nations.

The view from Iraq

In Iraq, thousands of people marched in support of Iran and its proxies, demanding a withdrawal of US troops from the country.

The march was organized by the PMU.

With the tit-for-tat public comments increasing, Lebanon and Iraq continue to patiently standby, hoping there is no escalation.

Lebanon is already facing an unprecedented economic and financial crisis, which has been exasperated by anti-government protests, the coronavirus pandemic, and the deadly August 4 Beirut blast.

The security situation is one of the few elements still intact in the country.

In Iraq, the economic situation is not much better. Baghdad’s leadership last month devalued the national currency amid a dip in oil prices that hit the country’s vital oil revenues hard.

And, ahead of the January 4 anniversary of Soleimani’s killing, Iraq’s military released a statement demanding respect for its sovereignty from Washington and Tehran.

The Lebanese official source was pessimistic that tensions would defuse with a new US administration under President-elect Joe Biden, who is set to take office January 20.

Biden is expected to take a more diplomatic approach vis-a-vis Iran, in contrast to Trump’s maximum-pressure campaign. Some hope that Biden’s foreign policy will lead to an easing of tensions.

A senior Western diplomat, speaking to Al Arabiya English on condition of anonymity, echoed the pessimistic tone of things to come for Lebanon, specifically.

“But this isn’t the fault of the US or of Europe – Lebanese officials don’t want to implement reform and they try to blame everything on sanctions and the US-Iran tensions,” the diplomat said.

As for Iraq, a Western intelligence source said the Iranian-backed forces were so entrenched in state institutions and decision-making that little could be done without violence in the face of Iran, which is something all sides want to avoid.

“This situation is going to drag on and although the status-quo is not ideal, the situation is boiling and could explode at any given moment,” the source said. 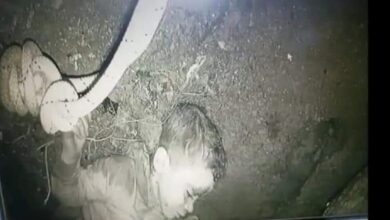