In interviews with Al Arabiya English, the United Arab Emirates-based Lebanese expats all shared one common notion: Change will happen, but only in the long-run. They were not hopeful for any changes in the Levantine country’s political and economic situation in the short term but said that the shift in voter attitudes away from traditional parties was a step in the right direction.

The Lebanese diaspora in the UAE took to the polls on Sunday, where many were voting for independent candidates that were not affiliated with any of the traditional political parties.

“I’m not hopeful that things will change in the short term, but I’m hopeful for the long-run,” said Lebanese expat Mark El-Khoury, 27.

“Everyone knows changing the constitution takes time, for you to change the culture and mentality of a country takes time. You cannot erase the [Civil] war, the trauma from the war, the programming that the previous generation has given the current one. But what you can do is your part, which is to vote,” he added.

“Change is not going to happen in three or five or 10 years, but maybe my kids’ kids can finally have a country in the future, and I want to be able to contribute to that. I don’t think change will happen in my time,” said El-Khoury.

Lebanese politics have long been a sensitive topic for people due to their ties to religion, experiences from the Civil War, and the need for backing, security and safety as the country grapples with endemic corruption and a lack of basic necessities such as regular access to electricity and water.

In an interview with Al Arabiya English, Raphael Daniel, 31, said when asked about his hopes for the diaspora making a change with their votes this year: “In the short to medium term, I don’t think we will see change, but in the long term, yes.”

Regardless, “we need to take a step forward,” he added. “If you think of it, voting [against traditional political parties] is just taking a step forward, in the right direction, because if nobody votes and nobody does anything, nothing will change. We are just trying to make as much change as possible,” Daniel said, noting the exponential voter turnout in Abu Dhabi this year.

“Things are definitely going to change but they won’t change overnight. I think it’s going to take probably a good eight to 12 years because this is the first battle. There’s going to be other battles in the future, again and again, and gradually things are going to change,” said Lebanese expat Omar, 34.

“Nothing is going to change overnight especially when it comes to politics unless you have a coup or the people [bring about another] revolution, but in our case, right now, with all the givens, I believe that it’s going to happen gradually, it’ll take some time,” he continued.

Citizens in Lebanon will take to the polls on May 15 to elect new members of parliament, and a lot of hope is riding on the global Lebanese diaspora to make a difference.

This year’s parliamentary elections mark the second time out-of-country voting is allowed, with the first time being in 2018, and the first electoral test since the country-wide Revolution in October 2019 and the infamous Beirut port blast. 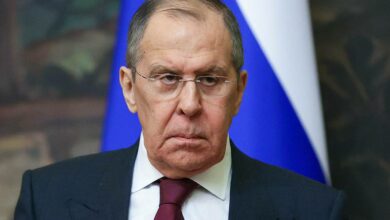