These days, when 17-year-old Abdel Rahman Jaber passes strangers on the street, they don’t look at him twice. He’s a typical, lanky Lebanese teenager with dark brown eyes.

But only one of those eyes is natural. The other is a painstakingly constructed prosthesis.

Jaber was one of several protesters who lost an eye after being hit by rubber bullets during clashes with security forces in downtown Beirut in January. He still has no sight on his right side, but now, thanks to a doctor who offered his services for free to the protesters, he has a lifelike prosthesis where his right eye used to be.

When he first looked in the mirror and saw himself with the new eye after the work was completed last month, Jaber said he felt “very good.”

“Of course, I see the difference, but it looks natural,” he told Al Arabiya English, sitting in Dr. Samer Kahil’s office in Beirut after coming in for a checkup last week. “People when they see me, it’s not obvious.”

Kahil said that was what he had hoped to achieve.

“It’s true that the prosthetic can’t see, but in practice when he looks in the mirror, he can feel comfortable,” the doctor said. 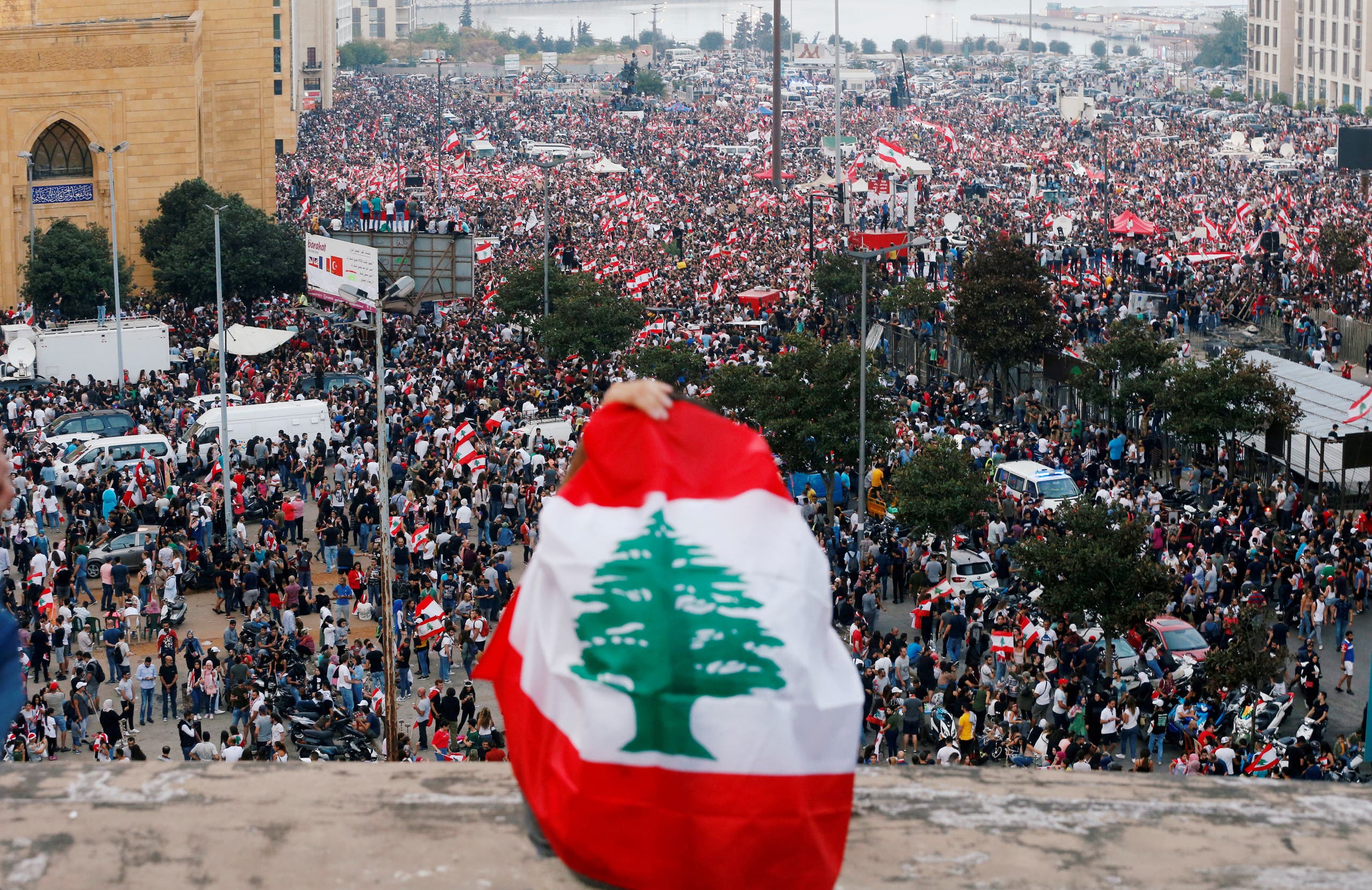 A general view of demonstrators during an anti-government protest in downtown Beirut, Lebanon October 20, 2019. (Reuters)

Like many young people worried about their future in a country with scarce opportunities and a political system rife with corruption, Jaber began joining protests after Lebanon’s October Revolution broke out last fall. He used to help block roads in the Beqaa Valley, where he lives, he said.

When he came to Beirut on January 18, he said, it was the first time he had joined a protest in the capital’s Martyrs’ Square.

“I went to Beirut to Martyr’s Square in front of the Parliament, and some clashes broke out between the revolutionaries and the security forces and they began to spray us with water, for instance, and fire tear gas, and I was hit by a rubber bullet in my eye,” Jaber said.

“When I was first injured, I put my hand on my face and then I took it off, and I saw there was blood…Then everything got dark, and I didn’t see any more.”

Jaber was taken by ambulance to Hotel Dieu Hospital, where he underwent a six-hour surgery – but in the end, the doctors told him his retina had been irreparably damaged. He had lost his right eye.

He was not the only one; several other protesters suffered injuries that left them blind in one eye during the weekend of clashes between protesters and security forces. 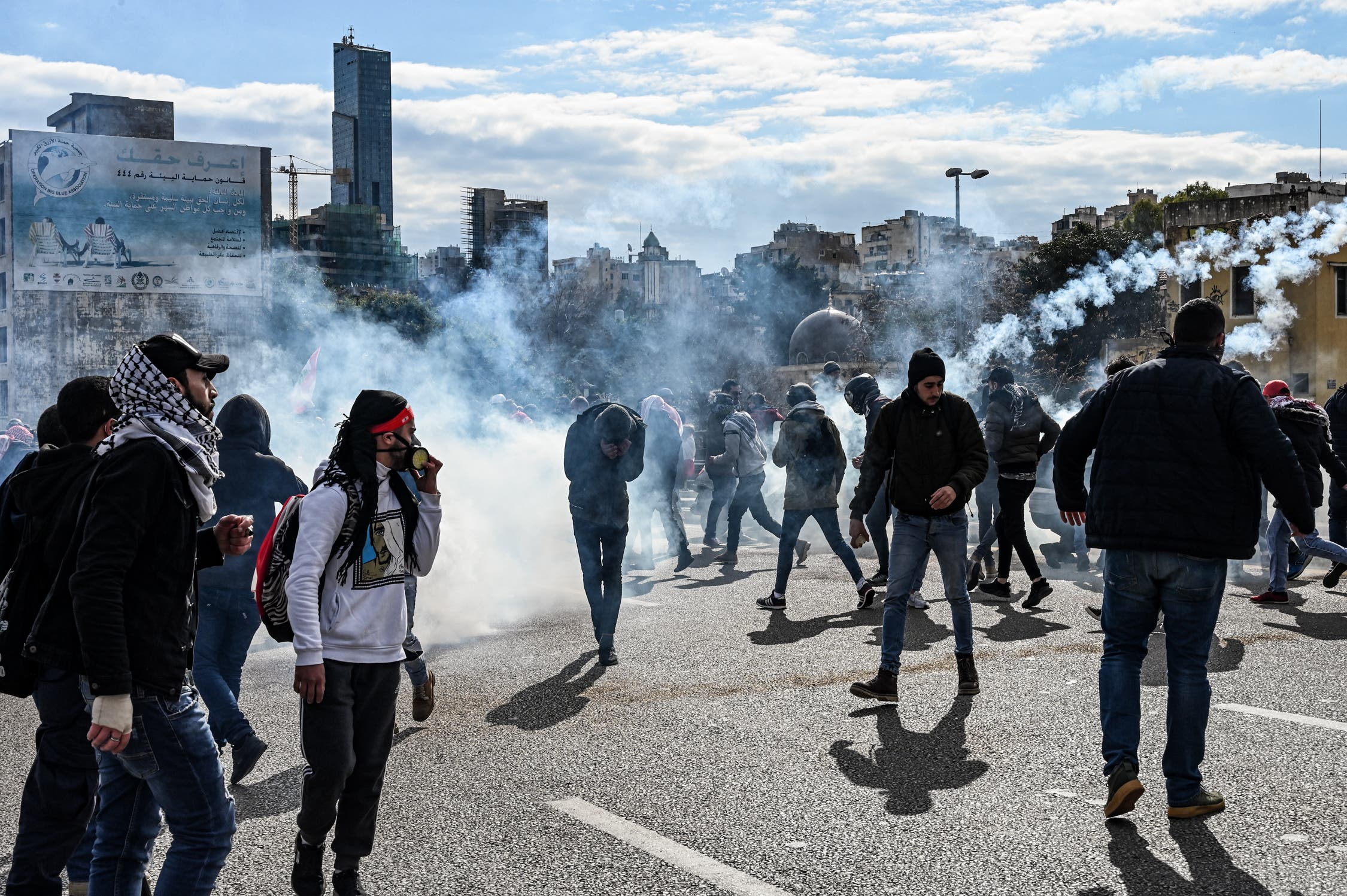 Like many others, Kahil, who owns the Lebanese-Swiss Center for Artificial Eyes in Lebanon’s Tayouneh district, had seen news reports about the injured protesters.

“I thought to myself that this person is protesting and he’s in need – financially, socially, economically the situation is bad,” he said.

Kahil surmised – correctly, as it turned out – that the protesters’ families were likely not able to afford the cost of an artificial eye, which, before the collapse of the Lebanese currency ran around $2,000. Given the shortage of dollars and the country’s economic crisis, Kahil said he now takes payment in lira at a considerably discounted rate.

Posting on social media, Khalil offered free artificial eyes to injured protesters and was put in contact with four individuals who had lost their eyes. Jaber and one of the other young men decided to go ahead with the process. Kahil added that if other protesters want to come, he will still welcome them.

Kahil works using acrylic resins to build prosthetic eyes based on a three-dimensional imprint of the eye cavity. Apart from the measurements, it’s a painstaking process to get the mix of colors just right.

Altogether, it takes around 50 hours to complete and install the artificial eye, Kahil said.

“[The patient] is going to be seeing me every day in the mirror so when he sees me, he should have a smile on his face, because I’m present in his eye, so because of this I need to work correctly,” he said.

And in the case of the protesters, he said he felt an extra responsibility. 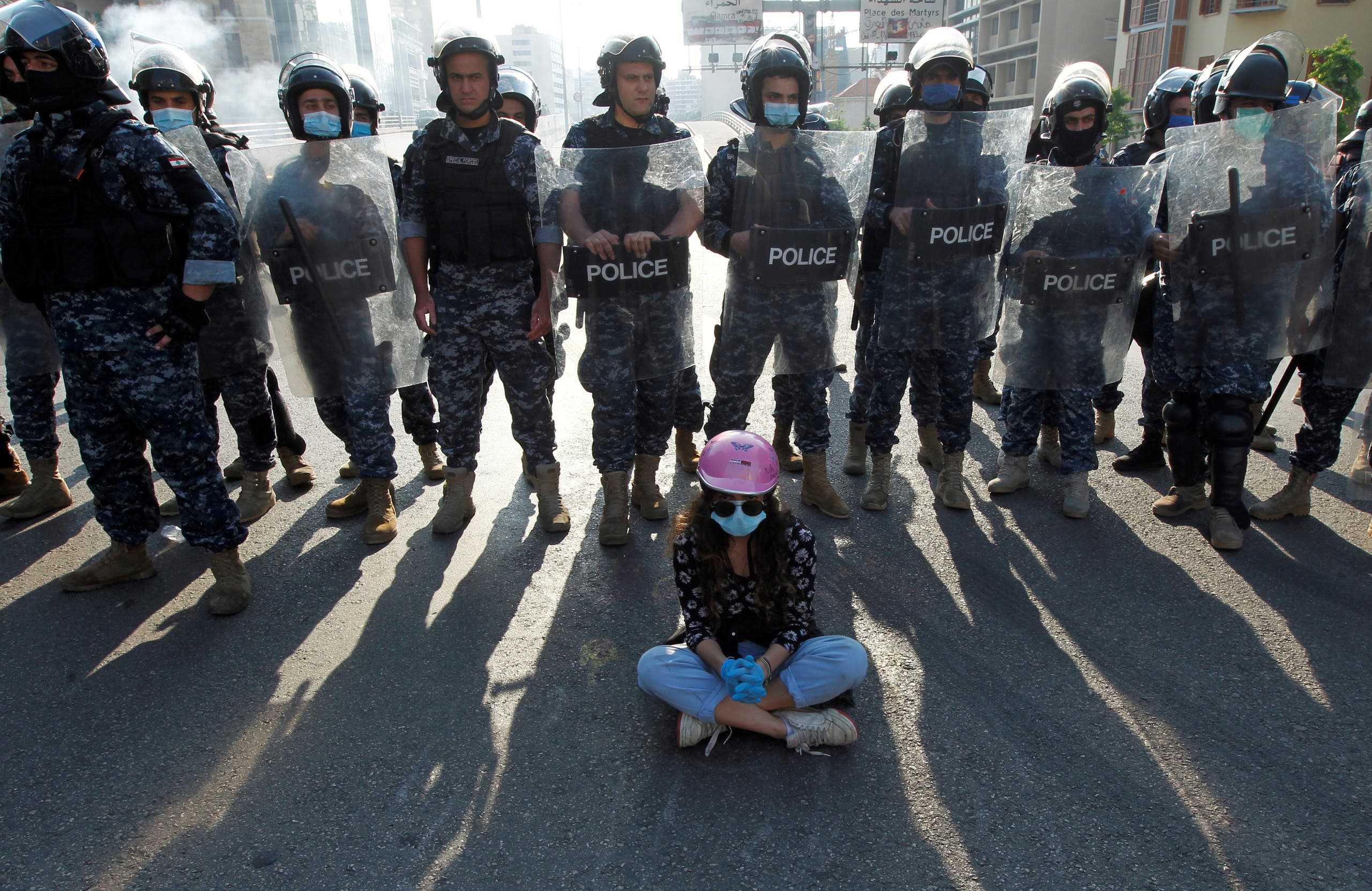 A demonstrator sits on the ground in front of Lebanese police officers during a protest against growing economic hardship in Beirut, Lebanon April 28, 2020. (Reuters)

It took seven or eight visits to make sure that the measurements and colors were just right, Jaber said. The work for him and the second protester was completed in mid-June.

Jaber is not going to the protests these days. He is pessimistic about the country’s future.

“There is no future,” he said, pointing to “the price of the dollar, the political situation – there are many things. The simplest example, there is no diesel fuel.”

When asked if, given a chance to go back in time, he still would have joined the protest in Beirut, he hesitated.

“It’s a hard choice,” he said. “I would go down, of course, for the sake of my country, my homeland, and so forth. But from a personal point of view, if I think about just myself, of course I wouldn’t go.”

UAE has no plans to travel to Israel following coronavirus lockdown, despite reports

As Iraqi and Syrian migrants leave Belarus, some are afraid to go home